The Art of Bore

The Art of Bore

Not if you are Joe Philbin, it’s easy appear weak and act weak. 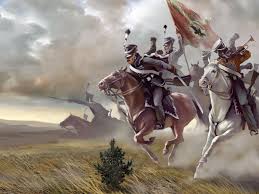 “The supreme art of war is to subdue the enemy without fighting.”

Philbin just subjects to the enemy without fighting.

“In the midst of chaos, there is also opportunity”

We only have the midst of chaos down so far.

“When you surround an army, leave an outlet free. Do not press a desperate foe too hard.”

They forgot to surround but they sure do leave a free outlet.

“You made a fool of me, but them broken dreams have got to end.”

All of you have read my super kool-aid induced sonshine and lollipops ooh-rah for months now (all right you haven’t read it but I’ve been posting it). I buy in every year, hope springs eternal for me every offseason and I make no bones about it. But guess what? This time I’m the one who was right, its the team that is messing up what should be happening.

You play on your heels and react

You never impose your will

This isn’t a talent issue, this is coaching not to lose. You must coach to win.

When the hell does Coach Philbin get mad? When does he yell at someone? When does he impose HIS will? If you don’t then the team won’t. I kn

ow you want to be the same guy all the time, you never want to seem to high or too low. NewsFlash Coach – it ain’t working. Try something different. The team needs it, we need it, Ross needs it, You need it. Being the same boring guy isn’t working. You’re team needs a leader and if you won’t let someone in the locker do it then you – YOU – have to do it. Lead your men Joe. Get Mad. Get pissed. Yell at someone. Tell them to win. Tony Sparano changed to a wildcat offense and put this team in the playoffs – try something – anything.

The streak of games in the mid season last year which included the smashing shutout of San Diego is who this team should be all the time and especially now since Suh is here. After all Suh is here and nothing is different yet, well you know what I mean.

“Rouse him, and learn the principle of his activity or inactivity. Force him to reveal himself, so as to find out his vulnerable spots.”

What can you say, Philbin will be Philbin who of us really knows him. What appears as one thing to us may be something totally different, the guy knows his shit, people like him. We’ll know soon enough …

Everything I say about Philbin here is said with the thinking that although players are accountable and the ones that make the plays or not that coaching has sucked the life, the fire, the desire to conquer out of these guys. That they need to be lead. Lead them.

“If ignorant both of your enemy and yourself, you are certain to be in peril.”

“Attack is the secret of defense; defense is the planning of an attack.” *all quotes are from Sun Tzu, The Art of War

441 Responses to The Art of Bore