The Porcine Oddyssey #101: An Artistic Interpretation of the 2015 Dolphins Season 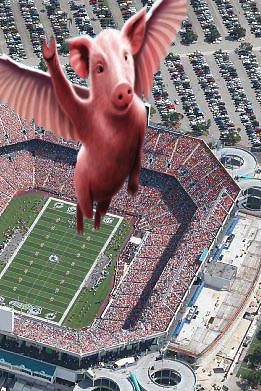 An Artistic Interpretation on the Dolphins 2015 Season.

Ahh…what to do on Sundays when the Dolphins suck…I know what I do.  I can go to the museum.  I know just the spot.  They are having a Dolphins Exhibit about the 2015 season.  Let’s check it out. 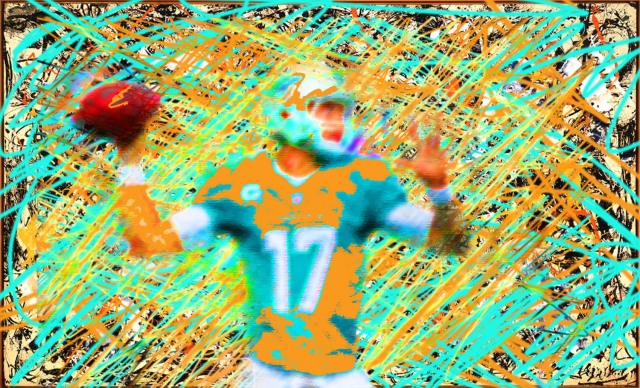 This one is called Tanny Pollack.  It leaves a lot to the imagination.  If you stare it at for  long time you will have your own interpretation of Tanny too.

Is he the future or not?

Look at his offensive line collapse around him?  Did he hold the ball too long?

Why can’t his receivers get open? Was that pass late?  Did he miss the receiver?

What a dumb play call?  Did Tanny make a bad decision?

For the purpose of this post – I will be silent on my opinion, but there dis no question about it – opinions vary a lot on Tannehill. 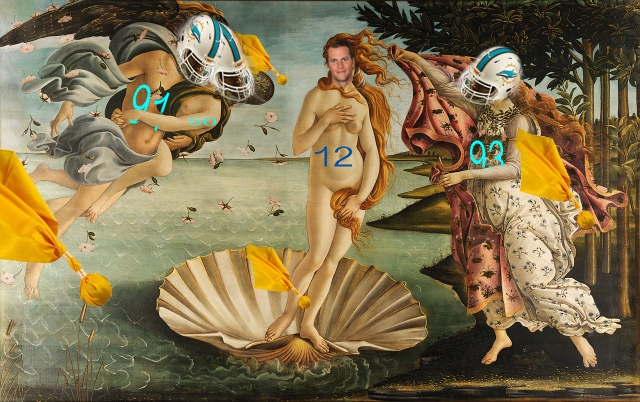 This one is called Dolphins vs Patriots.

Amid a flurry of penalty flags the Dolphins pass rush tries to get to Tom Brady but appears to only end up dancing around him.

Tom Brady stands lady like as he delivers another TD pass…this one makes me cry a little.

Note that Vernon is helping an injured Cameron wake off the field.  Exactly what we needed when we played the Patriots – Our best pass rusher blows an achilles. 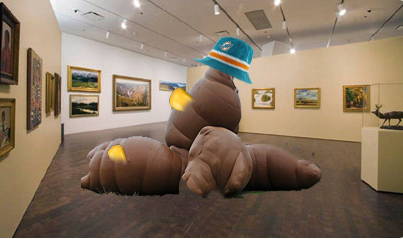 Moving on to sculpture here we have “Monday Morning Dolfan”

This sculpture represents what Dolfans feel like on Monday morning after the game.

Who knew they ate so much corn? 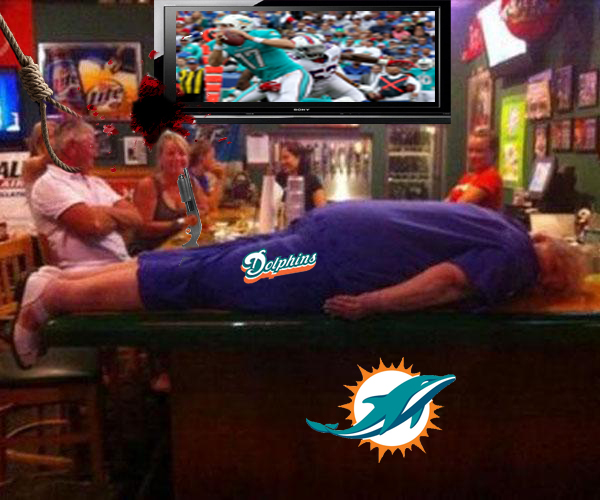 Here is another depiction of the Dolphin fan experience:  “Boulevard of Broken Dolfans”

On the TV screen Tanny is sacked.  Thankfully the lady with the shotgun’s has not stained the television with her blood, so you can enjoy the misery of the 2015 Dolfans while she blows her head off.

The other patrons deal with suicide in their own way while watching the Dolphins.

How did the guy on the bar off himself?  Pills?  Poison?  Heart Attack?

The artists wants us to think – How do I want to kill myself when the Dolphins play?

The possibilities are limitless! 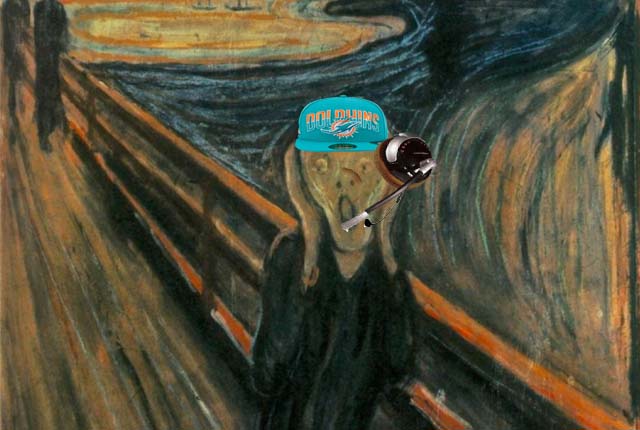 This painting is classic expressionism.  This is what is going on on the mind of the offensive coordinator on 3rd and 6.

It took me a while to figure this one out.  Its called “Grimes Covers”

If you look closely you can see Brent Grimes covering a wide receiver on a deep pass.

its nowhere to be found…just like the real Brent Grimes covering a wide receiver on deep passes in 2015. 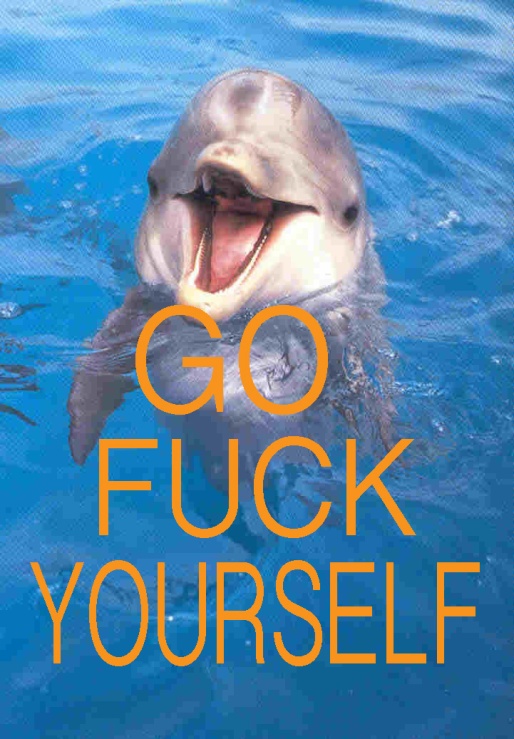 This one is a just called “Dolphins”

It’s gritty realism.  This is what the Miami Dolphins say to you every season.

1,009 Responses to The Porcine Oddyssey #101: An Artistic Interpretation of the 2015 Dolphins Season