Welcome to the Dolphins, now where are you going to play?

What a draft, what an off season! The Dolphins finally flipped the script and used the Free Agency period to fill glaring holes rather than try to make a splash. They drafted players to fit a system being installed rather than drafting good talent but not necessarily a scheme fit as we saw so many times in the past. Actually this is the third straight very good draft which is unusual for the Dolphins. Coach Gase is a modern day offensive minded coach which means he is going to pass the ball, likely, more than he’ll run it. In comes the best offensive lineman in the draft followed by a bunch of potential play makers who will fit in nicely with the play makers already on the team. The aggressive Defense to be installed needs a strong and aggressive defensive line to get to opposing quarterbacks quickly so that cover corners aren’t left to cover one on one for five seconds. In comes an aggressive sacker in Mario Williams and veteran Andre Branch. Then of course the addition of bigger corners such as Maxwell who came via trade and the young Xavien Howard from the draft. However an argument can be made for almost every player picked up as to where they will play.

Let’s start with the Defense. The significant players added were :

– DE – Williams has flexibility across the D-line particularly at both DE positions. So will he play RDE or LDE, will he start on the left and move to the right to bring Wake in to rush the passer, perhaps he plays mainly on the right and doesn’t switch around much at all.

Andre Branch – DE – Same situation with Branch as with Mario, is Branch an early down run-stopper who gives way to Wake and Williams on passing downs?

Byron Maxell – CB – Expected to be the number one Corner but Byron is a player with flexibility as well, should  one of the other CB’s stand out maybe Maxwell gets moved around situationally.

Kiko Alonso – LB – Middle Linebacker right? Probably and most likely but there is the chance he plays outside although less likely now than before the draft when EVERYONE thought we’d draft a  Linebacker maybe even a MLB.

Isa Abdul-Quddus – S – OK he’s a Safety, but is he a starter or a role player and ST ace?

Xavien Howard – CB – Will the rookie show enough to ea

rn the spot opposite Maxwell? If not what sort of role will he play? Back-up, Nickel, let’s hope the rookie takes care of business.

Chris Jones – DT  – A productive run stopper who comes to a crowded position. Suh will play the majority of snaps so Jones will battle for time with the veteran Earl Mitchell and last year’s second round pick, Jordan Phillips among a host of others. Can Jones take some snaps at DE potentially?

Jordan Lucas – DB – Listed as simply DB on the teams official roster they don’t even know if he’s a Safety or a CB. Best of luck to this rookie we can only hope that he is a player that will make his presence known.

The significant players added to the offense:

Laremy Tunsil – T – The best Olineman in the draft (we can say that because we drafted him) but will he start his career as a Guard or move a vet off of one of the Tackle spots? 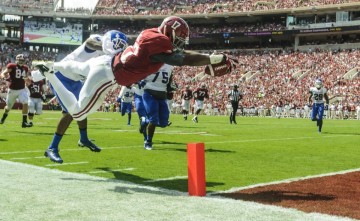 Kenyan Drake – RB – Is this guy an every down back? Likely not going to be asked to be but does he become a third down back or does he split carries with Ajayi? Will he be a kick returner and supplant Jarvis Landry from that role?

Leonte Carroo -WR – What the heck is this guy going to do? Does he go in the slot and allow Jarvis to work more on the outside? Does he push for time as a starter and play on the edge. This is a good looking rookie and with Jarvis here it will be hard for him to have the similar impact Jarvis had but there should be ample opportunity for this rookie to turn some heads.

wer and a spirited drive that may prove to be a huge force in this team clearing the hurdle of nobody to contender. We see 5’6 and 170 pounds, Jakeem sees himself as one of the biggest strongest guys on the field. You gonna tell him he isn’t? I didn’t think so. But what will he do? Slot, Hback, returner, deep threat. Who cares just get in the endzone grANTman ©.

Griff Whalen – WR –  Up until the draft this FA pick up looked like a 4th or 5th receiver who came to the team with experience and knowledge of OC Christenson’s offense but he may have been out talented as the draft results came in. It will be a tough battle for a spot as a 6th now.

Jermon Bushrod – T – FA acquisition who has only played as a Tackle but this vet may be able to win a starting position as a Guard. Or is he here as insurance only for the T position?

Sam Young – T – Same as Bushrod, but Young would appear to be the one who is in fact a mere T backup. He does however add needed depth and keeps Fox and Columbo out of football.

Thomas Duarte – TE – Now I think everyone has to temper expectations with this kid due to size and the uphill battle any 7th rounder faces as he enters the league but did you see his highlight clips? Dude can run and catch the ball and he makes people miss. He shows a lot of promise thus far.

The Defensive additions are made up of mostly veterans with Williams as the biggest name acquisition but even he came from a team that had just cut him so we didn’t splurge hugely for even him even though he pocketed a handsome sum. The thinking for the defense was to add vet’s who could come in and lock down positions and make the D functional and hopefully better than last season.

The Offense got an infusion of spices from a variety of angles but mostly with drafted playmakers. The offensive line might not be so offensive anymore with the additions made with Tunsil, Bushrod and Young to go along with Turner and Douglas who show promise. Drake and Ajayi make for a very young but talented 1-2 punch in the back

field while Carroo and Grant add to the arsenal that already includes Jarvis Landry and the emerging Devante Parker.

The scouting is done, the picks are in now everything gets handed to a shiny new rookie Head Coach. Coach and his staff will have to make the tough decisions about who plays where and stays or goes. All we can say as long suffering Dolphin fans is that we hope the plan works, fits the players and that the players play their ass off in it. Due to results of the last many seasons production of koolaid has been halted until there is a bonafide reason to do so. Not that you can’t have your own private still but sanctioned koolaid production has been halted for the benefit of all involved.

Congratulations to Jarvis Landry for being recognized by his peers as one of the top 100 players in the league. Welcome to the top kid and it seems like you’ll continue to climb every year.

Let’s have a large turnout for the annual Fest, vote up above – see you there!

996 Responses to Welcome to the Dolphins, now where are you going to play?