It’s probably my dad’s fault that I became a movie junkie. It’s not just movies, it’s everything that you need to watch a movie to make it a great viewing experience. Growing up, my dad had his stereotypical “favorite chair”. As a kid, I didn’t care where or what I sat on, as long as I was allowed to watch whatever it was my dad was watching. Fast forward about 20 some odd years, and even though I wasn’t yet a dad myself, my needs to have a great viewing experience were there.

The TV was important, and back in the early 90’s, TV’s weren’t even close to what we have available today. For me though, the TV was big, but the sound system was paramount. Not sure if any of you are into the “home theater” experience, but I’ve been head over heels for it since I had a job and could buy stuff. The very first iteration of home “surround sound” was Dolby Pro Logic. Easiest explanation as to what that means is the sound was broken up into 4 channels, front left, front right, center, and rear. The front sides handled most of the music and big sound, the center primarily focused on dialogue, and the rear, which was much more primitive than it is now, handled occasional sound effects in mono, meaning both left and right rear speakers got the same sounds, not stereo or individually. In all, 5 speakers total, but I loved every second of it! At that time, I had a 27” JVC color TV, so in reality, the aural experience really dominated the viewing experience, especially from 10’ away on the couch. 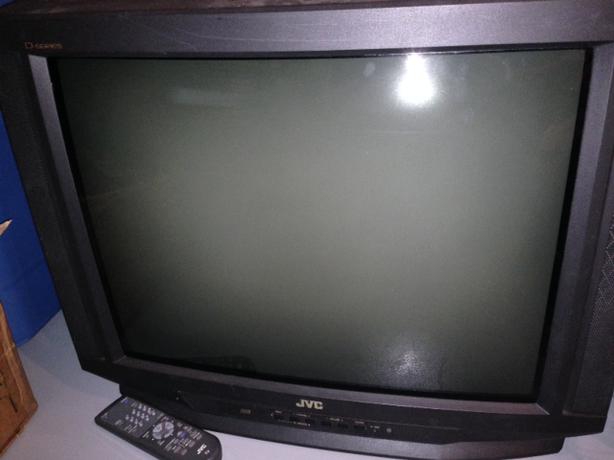 In the mid 2000’s, the next format of choice for home theaters was Dolby Digital. Initially available in 5.1, it later became available in 6.1 and 7.1. I’ll explain. What Dolby Pro Logic basically did, as I explained earlier is send sound to 3 different outlets, your front (L) speaker, front (C) speaker and your front (R) speaker, and your amplifier sent the power to each of those channels individually. There was also the rear mono, which I mentioned was pretty low tech, because the same exact sounds came out of both, so for instance, if a helicopter was flying from left to right on your screen, the sound in the rear didn’t “travel” from left to right, it was the same in both.

What Dolby Digital brought was amplifiers for each channel, or speaker, including a channel for a subwoofer, which added thunderous bass to the soundtrack, a huge necessity! Here’s the problem with this advent of technology, and things just like it are still happening today. Very little support for the new format. So you plunk down hundreds, more likely thousands of dollars for a TV, Dolby Digital receiver, subwoofer, 2 really nice front speakers to handle your main channels (and also your music when you’re just listening to tunes), a center channel speaker, and 3 smaller rear surround speakers to complete your 6.1 setup. Honestly, the sound was breathtaking for me. Easily the most immersive experience for me. Remember the helicopter I brought up, well that sucker could start coming out of your front speakers, move from left to right as it flies across your screen, and then as it flew away, cut to the back speakers starting from the right and fade from the right the left. Amazing! The 6.1 also had a rear center speaker too, so if something was shot from the TV that was coming at you, that went to rear center, so it sounded like it hit right behind you! That’s true surround sound folks! 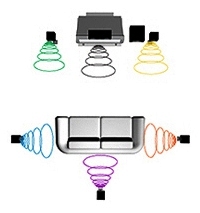 Let me reiterate what I meant about support. You have all this dazzling (expensive!) equipment, but try buying a DVD, or later a bluray that was available in 6.1. Most titles were only available in 5.1, and that was the case for years. The same thing is happening right now with 4K TV’s. I’m sure at least a few of you out there splurged for one of these puppies, and man, they are awesome for sure, but try finding content for them outside of purchasing a 4K bluray player for them, and then spending $30+ on each 4K bluray disc you buy. DirecTV has a couple of dedicated channels for 4K, but you can’t watch ALL your shows in 4K, it’s simply not available. That’s the problem with high tech, they come out with equipment before the world has caught up to the new format.

To be clear, watching a 4K TV is still a great experience, even if the content you are watching is 1080i or 720p, what most of you get from your cable company or DirecTV, or any dish provider on most network channels. Each network decides what they want to broadcast in, and the greater majority broadcast in 1080i, and Fox in particular, does 720p. The higher the number, the more pixels are being used in your picture. 1080i means 1920 x 1080 pixel resolution. 4K translates to 3840 x 2160 pixel resolution. Like I said, the more pixels, the clearer and more defined the picture is.

Today’s 4K TV’s are really fantastic. There are LCD, and now OLED TV’s. Both can give you an amazing picture, and both are available with HDR (High Dynamic Range), which means colors you haven’t seen on your current 1080 TV. OLED TV’s give you contrast unseen before, with true black colors, not just a dark gray, but BLACK! OLED is also able to dim each individual pixel, to give by far the best local contrast available. It’s stunning!

So what about the sound? The newest format is Dolby Atmos, and the idea behind Atmos is the sound is also bounced off the ceiling for what they say is an even more immersive experience. Maybe I’m getting old, OK, not maybe, but I can’t make this change. I’m so thrilled with the setup I have, I just don’t see a need to change to a new format. It would be crazy expensive too, it would require a new receiver, and either replacing the current speakers, or buying add-ons to the current speakers, and we’re talking big $$$ for all of that. Plus, back to the same old support issue, nothing you watch on your cable or dish provider will come to you in Dolby Atmos, and only certain movie titles will be available with Atmos at the current time, and basically, it’s chasing the white elephant all over again. The support never really catches up to the new format, and by the time it does, it’s on the next great thing.

That would be like Microsoft introducing the new Xbox 4, and having only 3 games you can play on it, but you can play all your old games just like you do now on your Xbox 3. Get what I’m saying? Although the technology might be amazing, the lack of support for it makes it a tough sell. Will I regret buying a 4K TV? I don’t think so, because it still looks much better than what I had, despite the meager 4K availability from TV providers. Netflix and other streaming devices and companies offer lots of 4K content, so it’s out there, you just have to find it.

If you want a great TV, I would say by all means buy a 4K TV. Even if the content you are watching isn’t broadcast in 4K, the picture will be better than your old TV, and again, there is plenty of 4K content from streaming avenues like Netflix, Roku, Amazon Fire stick, Google Chrome, Apple TV and many more. Plus, the 4K TV can upscale the 1080 content, which won’t quite look like 4K, but sharper than 1080. If you’re into the surround sound, you just need a receiver, and a bunch of speakers. they actually sell packages for “Starters” or packaged sets, people who want the experience but don’t want to spend thousands on top speakers, and they work pretty well too. Almost every speaker company makes one, and I think it’s worth it if you’re not really picky about the sound, but want the experience. If you have a bunch of quality old speakers around, put them to use, you can make your own home theater by purchasing a home theater receiver. You need a couple of punchy speakers for the mains or front, they can either be tower or bookshelf, as long as they can handle some power. You may need to get a center channel speaker that can produce clear dialogue, and if you have two small bookshelf speakers, you have yourself a basic surround set up.

If you have a home theater, let me know what you’re running, I’m curious. If you fell asleep reading this, or only part of it, let me know that too. Just trying a little different spin here while the Dolphins are off, but the front office never sleeps (hopefully).  Really, besides the TV, and the sound system, you have to have a great movie too, the video and audio will only take you so far.  In honor of my dad, I present his favorite, which as a kid, I never appreciated, until I got older.  For you dad!