Man there is nothing like a new Destroyer to remind you how great is is to eliminate lifeforms!

When I lean back in my control chair I can just smell the dead warg worms in the air.

Sometimes you just have to sit back and appreciate the truly elite weapons you have to work with. 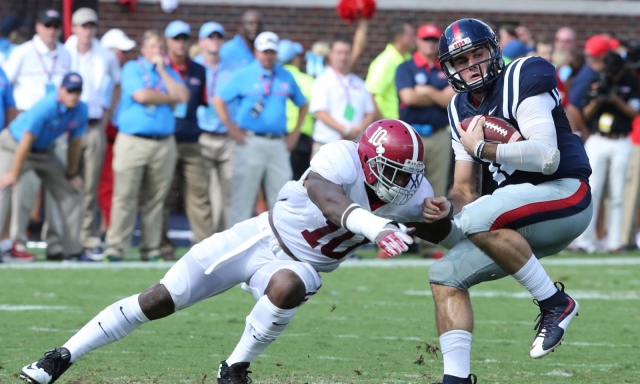 Wow, Reuben Foster can play.  Unless you’ve been living under a crashed Meteorite, you already know that.

The Alabama Senior’s football season did not go unnoticed.  And why should it?  Alabama was the best team in the country for most of the season until their final upset loss against Clemson.  The Crimson Tide was lead by its defense to go undefeated in the regular season.  That Defense was lead by the aforementioned Reuben Foster.

Foster finished the 2016 season with 115 tackles, thirteen of them for a loss.  He also had five sacks in a very aggressive Alabama Defense.

Numbers like those explain why he was voted SEC Defensive Player of the Year and the Nation’s Butkus Award winner.  Foster joins Cj Mosley and Rolando McClain who also won the Butkus Award while playing for Alabama.

Here is how the Butkus Award Selection Committee described Foster “Reuben Foster is a complete line back with the instincts, closing burst, explosion and on field leadership traits that set the tone for the nation’s top defense.”

For his career, Foster finished with 211 tackles and twenty-three tackles for a loss to go along with seen sacks.  Last year he played alongside Reggie Ragland who went 41st in the 2016 draft.  And if you watched any tape on Reggie Ragland it was hard to miss Foster who lit up the screen with his athleticism.

I would not expect Foster to last to 41 like Ragland.  If there is one linebacker you can expect to go int he first round, its Foster.

When Foster sees the ball carrier, he squares his shoulders and wraps up bringing the carrier down very quickly.

But it’s not his technique where he separates himself.  It’s his athleticism.  Even playing next to Ragland in 2015, or Tim Williams and Ryan Anderson in 2016, Foster separates himself from everyone else with that explosive burst.  And then he separates the ball carrier from the ground.

Foster will be a day 1 starter in this league wherever he goes.  He is the kind of player that might make a huge impact as soon as he plays his first NFL Game.

Some weapons are fundamentally sound.  Like a great linebacker or a Space Destroyer.

That is why I am comparing reuben Foster to the classic Space Destroyer.

I’m sure you’ve seen him before.  But watch his highlights here: