As far as I’m concerned, one of the major needs we have for our 2015 Miami Dolphins is a safety. If you look at our current roster, as it stands right now, we have Reshad Jones, Don Jones, and Walt Aikens, who is a CB/S tweener. Don Jones, who has been waived by us, and then the Patriots is really a ST’s player, so at the moment, we are desperately in need of a starting caliber safety. We can address that in either FA, or the draft.

The 2015 NFL free agent safeties are headed by Antrel Rolle, Devin McCourty, Louis Delmas, Nate Allen, Dawan Landry, and Will Allen is available if you’re interested. I’m not, not at all. That’s why I’m looking to the draft to find our safety of the future! Let’s take a look what we have here . . .

Holliman had 14 INT’s, not a typo, 14 INT’s in his first year as a starter. Along with the 14 INT’s, Holliman had 17 passes defensed, 11 TFL, and 1 INT return for a TD. He’s not a finished product by any means, but the instincts are there, and the ball skills are there as well. He has the size most NFL teams would covet. He has a bad rep as a tackler, as a guy who goes for the big hit, and doesn’t wrap up and tackle well. That’s a concern, no question about it, but I want someone in our secondary that’s going to make plays, and get some turnovers.

NFL.com gives Holliman a 5.52 rating, which puts him at 5th in safeties, but actually, 2nd among FS prospects. NFL.com scout Lance Zierlein compares Holliman to Jairus Byrd. His combine workout will likely dictate what round he goes in. I’m hoping he’s a guy we can get in the 3rd RD.

Derron Smith finished his senior year with 1 INT, but made 82 tackles, 55 solo. Career at Fresno St, Smith had 15 total INT’s, with 7 as a junior, and 6 as a sophomore. Smith is a 4YR starter. NFL.com has him rated as the 2nd best S, but the highest rated FS at 5.7. Smith is a former HS QB who is a smart player, has good coverage skills, and has a good closing burst. Smith is projected be a 2nd or 3rd RD pick.

Landon Collins is NFL.com’s highest rated safety at 6.35. Collins is a true strong safety prospect, a hard hitting, sure tackler who can step up into the box and stop the run. He has a thick build, well suited for just that. He’s not great in coverage though, and he doesn’t have good ball instincts or good hands. Collins made 87 tackles, 51 solo, and had 3 INT’s as a junior. Collins is a typical well disciplined Satan coached player.

Tartt is another big strong safety prospect. Tartt is ranked 4th overall by NFL.com. Like Collins, Tartt is a guy who plays aggressively in run support, and has no problems stepping into the box. Tartt made 62 tackles, 53 solo, with 3 TFL and 1 INT last year. Much like Collins, he’s a great tackler whose weak point is coverage skills.

Harris is the 3rd ranked safety on NFL.com at 5.57. Very instinctive safety with long arms and good hands. He’s around the football a lot, with 109 total tackles, 50 solo. He reeled in 2 INT’s as a senior, but had 8 INT’s as a junior. Not known for his tackling prowess.

Hackett had 75 tackles, and led his team with 7 interceptions as a junior this season. Hackett declared early after his very successful junior season. Long athlete with good instincts and ball skills. TCU runs a 4-2-5 defense, and Hackett was the playmaker in that defense. He was a 3 year starter, and plays physical, despite his lack of size (195 lbs). 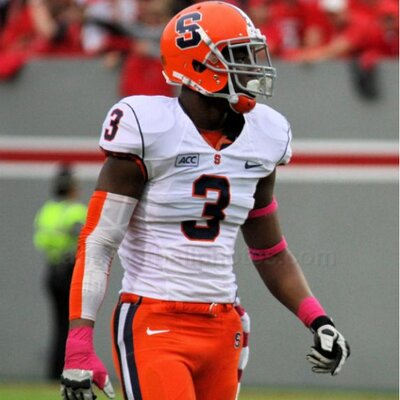 Eskridge was the leader of the ‘Cuse defense totaling 68 tackles, 47 solo. He had 1 INT (returned for a TD) as a junior, and had 4 INT’s as a sophomore. Another long, athletic safety. Eskridge wanted to play WR, and actually caught 1 pass for 19 yards in 2013. Has the size NFL teams covet.

Plenty of choices for you people to digest, and of course, there are more than the ones I listed here, but these are the guys I believe will be in the running for one of our picks in this years NFL Draft.  I know we all have our favorites, and it’s possible the guy we draft isn’t even on this list, or maybe we go and find a safety in FA, who knows?

Who’s your favorite? Open up your window, wherever you are, and shout his name as loud as you can.  Go on, get away from that cubicle, office desk, courtroom, business meeting, car lift, reciprocating saw, whatever it is, and just scream his name out the window.  OK, you don’t have to do that, just tell me on the blog who it is, I really do want to know.

378 Responses to Safety in Numbers