Hey Humans, how you doing?  Wedge is off today.  And that is good for you, because you voted an offensive lineman to be the subject of the scouting report today.  And Wedge knows nothing about offensive line.  But I do – I’m Chubby Wedge!  And I’m going to tell you all about La’El Collins.  Hope you don’t mind me eating a few Velusion Fish Suckers as we go.   Mmmmmmmm Fish Suckers. 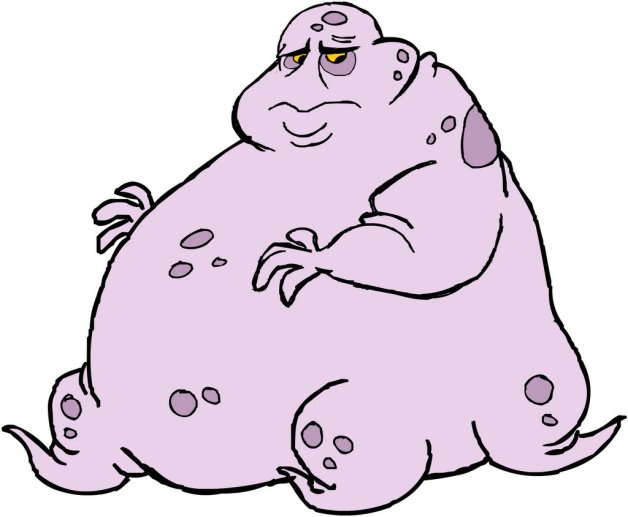 Despite starting at Left Tackle since a sophomore, most scouts seem to think Collins is better suited to play Right Tackle or Guard in the NFL.  Collins is more brawler than finesse player.  Many scouts will tell you, he probably doesn’t have the athleticism to play Left Tackle in the NFL.

Man is he nasty.  Just ask this Georgia defender.  Once he gets engaged with a defender:  MASH! MASH! MASH!  Just like my teeth are doing to this Fish Sucker….mmmmm….garble garble garble……mmmmmmmm

He’s so mean, it may take away from his balance and footwork.  But inside as a mauler it doesn’t matter.  MASH!  Collins is a finisher.  He stays after the defender through the whistle.  This makes Collins a terror in the running game.  The LSU offense ran the ball a lot in 2014 and Collins was the cog that made it work.

Collins was really effective as a blocker in zone blocking plays.  He is consistently able to over power defenders and drive them off the ball.  He creates lanes you can fly a shuttle port through!

In the competitive  SEC West, LSU played a pro style offense.  That leads me to believe hat Collins will be ready to start from game 1 as a rookie.

Hmmmm….let me get this right, good at zone blocking, will probably play inside in the NFL, ready to start as a rookie….I wonder which team can use a guy like that.  Can you think of any?

These Fish Suckers are delicious!  But sometimes, you need to break them down a bit.  MASH MASH MASH – disposing of the stuff inside that makes them tough to chew.

That’s it!  If Collins was an alien weapon of destruction he would be a Tentacle Disposer! MASH MASH MASH!!! 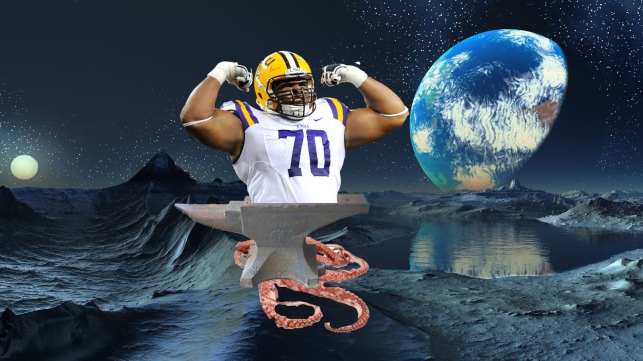 You can watch Collins in action here