Sodomized at the Draft with Colonpokey: NFL Busts 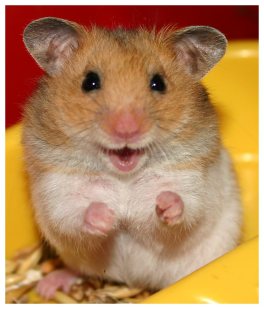 Even a perverted relentless hamster like myself knows there is only so much the butt can take.  So rest your rears Dolfans, today we get to look at the misfortune of the rest of the NFL.  Enjoy laughing at the misfortunes of other teams as I give them the poke!

Let’s start with the gold standard of all busts.  In the 1998 NFL Draft there was a great QB debate.  The Colts held the first overall choice, the Chargers the 2nd.  Both were in the market for a QB.  But who would the Colts select first, Peyton Manning, the technician with NFL bloodlines or the up and comer from Washington State, Ryan Leaf.  Leaf had a rocket arm, but the Colts went conservative and selected Peyton Manning.

That left the Chargers who were pokied by yours truly.  Manning is on his way to the Hall of Fame, Leaf finished his career with a more than 2 -1 Int to TD ratio and a 50 QB rating.  Leaf also added an indictment for burglary and possession of a controlled substance to his legacy.  The photo below illustrates how the great QB debate of 1998 worked out in the end.

Leaf might be the biggest Draft bust of all time.  Until another QB rivaled him in 2007.  Its not easy to be the worst pick in Raiders history but JaMarcus Russell might have achieved that.  After drafting Russell with the #1 pick of the 2007 draft the Raiders proceeded to give him a 68 Million dollar contract with 31.5 guaranteed.  This of course was before the rookie salary cap came into effect – actually Russell might be one of the reasons owners begged for the rookie salary cap.

Russell was a great athlete from a powerhouse team in the SEC but in the NFL, he was a great big pokey hurting butts on every coast.  Some say Russell had a drug  problem but I wouldn’t know anything about that…heehee…

Quarterbacks and busts in the NFL can be synonymous.  Its a tough position to evaluate.  I could write a whole blog on quarterback busts from the state of Ohio.  But I will spare Ohio the pain.

One of the first draft busts I ever remember was a Linebacker from Oklahoma.  Coming into the NFL Brian Bosworth was all hype.  The Boz sold t-shirts and haircuts to tasteless fans all over the country.  The hype must have gone to his head, he actually wrote letters before the supplemental draft to many NFL teams declaring that if they signed him he wouldn’t play for them.  When the Seahawks ignored the letter and drafted him they signed him to the biggest rookie contract of all time at that time.  He ended up playing three years for the Seahawks.  Guess how this photo of an attempted tackle on Bo Jackson worked out.

Another overhyped prospect worth mentioning is Tony Mandarich.  The Packers whiffed on this athletic freak they attempted to draft as the cornerstone of their offensive line.  Madarich was built like the Incredible Hulk and NFL teams and Sports Illustrated, who helped build the hype at the behest of Mandarich’s agent, were excited to see this guy bulldoze defenses.  But it didn’t work out that way.  Some say steroid testing played a part in his quick decline.  Mandarich made a comeback with the Colts years later.  But trust me, that pokey hurts!

But as Dolfans, you don’t care about the misses of any of these teams do you?  You want to hear about the butt hurt of the AFC East. 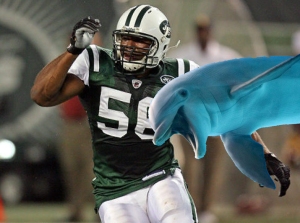 Let’s start with the obvious: The New York Jests. The Jests misses are countless, Marc Sanchez, Blair Thomas and Kyle Brady all come to mind.  But I would rather go with something a little more recent.  In 2008, the Jests were eager to see Rex Ryan’s defensive scheme at work.  The centerpiece would be a premier pass rusher….heehee…they got Vernon Gholston instead…

What’s worse than wasting a first round pick on a bust – how bout wasting a first and a second round pick.  That is what the Bills did in 2004.  In that draft the Bills selected Lee Evans with their first round pick.  They still needed a QB though.  So they traded up from the second into the 22nd pick of the 2004 draft and gave up their 1st round pick in 2005 in the trade.  With the 22nd pick of the 2004 draft…heehee…the Buffalo Bills select J.P. Losman….heehee.  Now that’s a pokey!

And that brings us to the Cheats. If you listen to the National Media you will hear that Belicheat can do no wrong. The same media will tell you the Cheats play by the rules. But the laughing Dolphin doesn’t buy that. While Belicheat has avoided disaster in the 1st round, the 2nd, 3rd and 4th rounds are littered with disappointments.  Aaron Hernandez, Laurence Maroney, Chad Jackson, Shawn Crable, Kevin O’Connell and Brandon Tate are all examples of these misses.  But for this blog I’m going with Terrence Wheatley.  After 2007 the Patriots missed on a ton of defensive backs and Wheatley jumps out as the biggest miss.  That’s Patriot Pokey!

Players that find their way out of the NFL in a few years are not the only way to judge busts.  After all, the average NFL career is not very long.  Sometimes teams just miss at a better player at the position they drafted.  Like in 1983 with the New Jests on the clock with the 24th pick of the draft.  As all of you know, the Jests used the pick on Quarterback Ken O’Brien.

O’Brien wasn’t half bad.  He put up some big numbers on some jests teams with bad defenses.  But three picks after O’Brien was selected the Dolphins selected a Hall of Famer to play Quarterback for them.  Pokey works in mysterious ways. For decades the Jests will wonder why they took O’Brien over the Great Dan Marino. 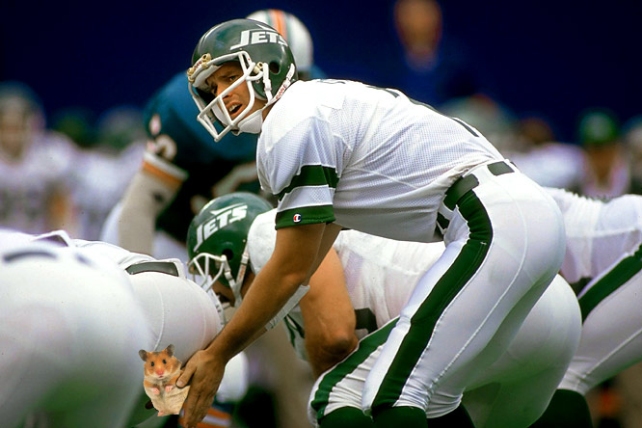 Who knows who gets poked in 2015.  Better hope its not the Dolphins.  But Hamsters have no prejudices.

This post was endorsed by Pokey.  Don’t be fooled by fakes.  Look for the Seal of Pokey! 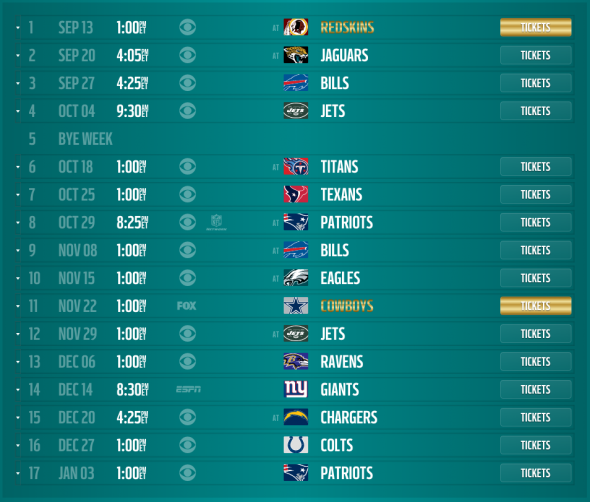 396 Responses to Sodomized at the Draft with Colonpokey: NFL Busts