Two hundred and thirty nine years ago the Declaration of Independence was signed by our fore fathers to start this great country, but it was only 3 short months ago that Ndamukong Suh signed the Declaration of Dominance with the Miami Dolphins. In under four weeks training camp will begin for the Miami Dolphins and it is then that we will see the beginning of Suh’s dominance on the football field.

The pads will go on and the hitting starts for real. Jobs will be won and lost in these days and players will become better just for lining up across from or next to Suh. Ndamukong had a lot of options and a lot of suitors for his services but chose to come to Miami to write the legacy of his career. Great players rarely change teams but Detroit with having so many high priced early first round picks wanting to get paid was left in a tough spot and unable to keep Suh from hitting the open market. So Steve Ross swooped in with his billions and brought Suh to South Beach on a big fat contract.

The Declaration of Dominance is the new beginning for Dolphin fans, Suh came here for money and opportunity but it will be us the fans who benefit the most from it. Suh brings ferocity and an intimidating style. The hope I have is for a step up to a new level of play, a new level of commitment to winning and a start at being one of the better teams in the league. Gone are the December breakdowns, we start winning the close games that for years now have slipped away and the team unifies to a level of dominance that only playoff teams achieve.

Many nice pieces are in place and have been put in place around Suh to make this Defense a potential beast in the East. The time to finally see it on the field is fast approaching after a long offseason.  The time is fast approaching for us as long suffering Dolphin fans to see Suh begin the arduous work of fulfilling the promises of the Declaration of Dominance. 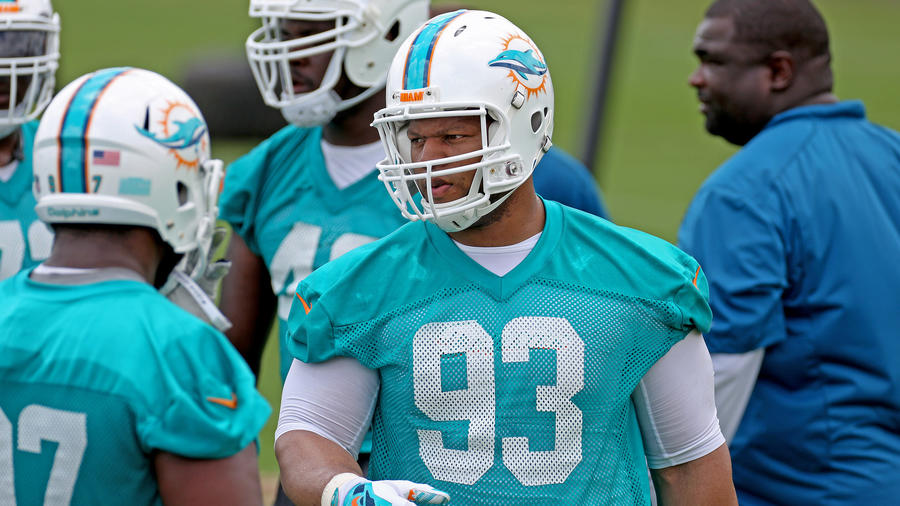 Have fun this weekend celebrating this country’s birthday, enjoy the drinks and the bbq and then get your popcorn ready for the season to begin soon! Suh is here, everything is different now!

21 Responses to Declaration of Dominance