Q – Hey Mike,
Quick question. Do you think we should have spent 2.5m and grabbed Mathis? I think for 2.5m it was worth it.

Boulder
Ha! I think you and everyone on this blog knows how I feel, but you asked, so I’m compelled to answer. For $2.5M I think it’s something we definitely should have done. IMO, a small insurance policy against having a backup at LT (Jason Fox), playing next to either the rookie Jamil Douglas, or the struggling veteran Dallas Thomas. I’m not even sure Billy Turner is the real deal, but to have 3 question marks on the line scares the f@*k out of me.

Which unit are you more concerned with at this point, the LB’s or the OL?
Also, Mrs. Met is pretty hot, but let’s do a little better this week.

I’m definitely more concerned about the O-line Bri. So much is hedging on the return of a healthy and capable Brandon Albert, and two unproven players at G. If Misi for some reason is still bothered with an injury, I think Sheppard, while unspectacular, is solid enough, much the way Misi. Neiher player is a real gamechanger, but I think either is capable of making the tackles they should make.

Do you think Jordan “Broke ankles” Kovacs and Will “ The Toast” Davis make the 53 cut?
Lee, I do think Kovacs will make the roster, because at this point, it’s a numbers game. We just don’t have many safeties on the roster right now, with Delmas going on the IR with the ACL tear. You have to figure we carry at least 5 safeties, and now with 2nd year player Walt Aikens likely as the starter, and rookie Cedric Thompson and Don Jones as the other safeties, along with Philip Thomas who was picked up from the Skins this year, Kovacs is the most experienced guy on the roster to backup, and also a guy who plays special teams. If we only carry 4 safeties, which I don’t think is likely, then it’s possible Kovacs is passed up due to the potential of Cedric Thompson, but Thompson may be a PS candidate.

So Mike, how do you think our LB core shapes up this year? Who do you think starts and where or do we use a little bit of a rotation?

Thanks from a shoe, all of them. 😉

As usual, it depends on the health of Koa Misi. I believe if Misi is healthy, he’ll start at MLB, with Jelani Jenkins at WLB, and Chris McCain at SLB. If Misi has a nagging injury, as he seemingly always does, then it’s probably going to be Kelvin Sheppard at MLB, with the same guys starting at OLB. I do think Sheppard and Misi are relatively equal, so either way, I don’t see a drop off. I don’t think there will be a big rotation in the plans, but in certain packages, we may see different guys on the field.

It would be interesting to see if Vigil has another strong performance or two, if he can leapfrog either Misi and/or Sheppard. That would really be surprising, but I’m a believer of putting the guys out on the field that make things happen. If Vigil is that guy, why not? Neither Misi nor Sheppard have proven that they can either play an entire season or be impact players, so while both can be solid, neither are spectacular. Besides, the last Zach we had at MLB worked out OK, eh? (That was for Manitoba!) 😉
______________________________________________

Q – Who is your surprise to make the final 53?
Do you have one this year?

My choice for surprise roster player is WR LaRon Byrd.  Besides Parker, He’s the only WR on the roster with size except for the obvious, 1st RD pick Devante Parker.  I think that diving catch he made opened some eyes, and Preston was already released, which leads me to believe he may just get a shot to make the roster. 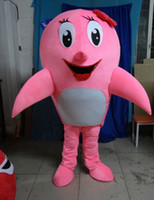