A process man in a results driven league, it didn’t work. Imagine busting your ass to achieve results but getting needled about every step you took to get the desired results. It becomes demoralizing. I can only imagine what it must have been like for the players under Philbin, but I suspect they got needled to the point of insanity when the coaches reviewed film. Despite the effort, despite whatever results you were likely raked over the coals because you didn’t do the process correctly, perhaps you went off script or let your instincts take over it didn’t matter you were held accountable. Pretty soon all you have left is a heartless, demoralized shell of team going through the process.  Being a smart or heady player is a good quality for a pro athlete but that’s a small part of what got you there, most often your God given ability and instincts are what set you apart. When that part of you gets suppressed you become ineffective, listless and non-caring, because if there is something else then perhaps it’s on the players and not the coaching.

How can your team get rushed on to the tune of over one hundred yards in the first half alone and you don’t yell at anyone? No one.

How can your offense struggle to even put thirteen points on the board and you don’t yell at anyone? No one.

How can you do the same thing every single week when it hasn’t worked and not try anything different?

Since Steve Ross has decided to make the change all we can do as fans is hope, like we’re always left with. Hope that Campbell’s intensity gets through to the players or hope we get the first pick in the draft. To me I find it refreshing to see a coach who gets excited, who tries to inspire his men, who actually yells at them. It’s easy to say that these guys are well paid professionals who sho

uldn’t need a coach to motivate them and that is largely true, but by the same token you can’t have a coach and coaching staff that by their very actions and beliefs completely demoralizes and uninspires the players. This is where I think the disconnect has occurred. Philbin believed in a process, in development and strict execution of his way. I believe he required certain things from his coaches who thereby passed those things onto the players and we subsequently end up with an uninspired, flat, directionless team. Enter Campbell, a hardass who will demand performance from his players. You won’t have to complete steps 1-12 to earn playing time for Campbell, he just wants to see you play with your ability and talent and see it all pour out of you.

Can Campbell reignite the flame and passion in this group? Can he unite this team and get them working together? Forget a playoff run for the time being, like many have already said we just want to see the team play inspired football and be competitive. Is passion the missing ingredient? Maybe just simply yelling might be the missing ingredient. Maybe being held accountable right at the moment will do it rather than waiting for the coach to watch a film before you get lambasted. If a guy screws up during a game then yelling at him or sitting him will serve a greater good than waiting until Tuesday in a meeting to be evaluated and chastised. With any luck Campbell will put this team on the attack, have them stop thinking and start hitting. 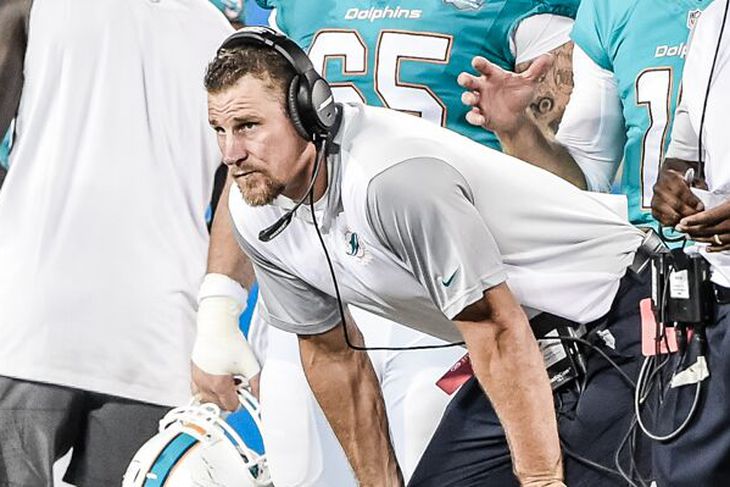 My biggest hope is that Campbell is better able to have the team prepared when they take the field. We looked outmatched so far in each of the four games. Was Philbin and his staff deficient in breaking down the opponent? Were they poor game planners? What I hope for is that Campbell will be better able to see weaknesses in the opponent and put his team in a position to attack those weaknesses, you know the way teams have been doing to us. Bring the fight to them.

I have wanted a young, fired up, in your face coach for some time now. I hoped the best for Joe Philbin but on game day he made me crazy that he was so emotionless, lacked a certain fire and intensity and all the while bad things continued to happen. I advocated for bringing in Ray Lewis to coach the team in large part because of his intensity and fire feeling that today’s young athletes would feed off of that. Well in comes Dan Campbell who by all indications is exactly what I was advocating for. I wish him the best. I hope the team pulls their collective head out of their ass and starts to play the kind of football we all expected from this group. Shift me to perpetual show me mode, I’ve been burned enough.

This song sums up how I feel about the Dolphins:

On identifying as bisexual: “I have dated and have had sex with men and women and have to say that the relationships I have had with certain women have been much more fulfilling, sexually and emotionally, than those with certain men. I connect with an aura, with energy. And if the person with whom I connect happens to be a female, that’s just the way it is. That’s what makes my wheels turn,” Loken told Curve in 2006.