Q – What are the chances that we have a new offense for our players next year. Do you think they will cut Wake during the FA period to save 9 million as reported?

It’s still too early in the season to say that, because the team can catch fire offensively, and that would almost guarantee that Bill Lazor returns. I don’t think that’s likely, and therefore, I’d have to say yes, we’ll be starting over with a new offensive system. Most of us are fed up with Lazor’s system, but it’s not our decision. It’s obvious it took outsider(s) (Al Saunders) (Dan Campbell) to make Lazor add more plays under center, and add the I-formation with a FB. I personally think you can’t be an all-finesse offense, even though it’s passing league. Almost every playoff team has a solid run game, and the Seattle Seahawks relied heavily on the run game with Marshawn Lynch, and almost won consecutive SB’s. I think it’s best to have some balance in the offense, and it seems like if it were up to Lazor, he’d be a 80/20 pass/run offense.

Kenny Stills has 13 catches for 205 yards this season.  Most of those catches are coming late in games.

Really most of that yardage is vs the jests and patriots when we are trailing by a large margin.

Do you think the entire offense would work more efficiently if they worked in Stills with some deeper plays early in the 1st half?

It’s still relatively early in the season, but it seems like a major miscalculation by us giving up a 3rd RD pick for Stills. I know Rishard Matthews is playing well, but we had Jarvis Landry already, and we drafted “Bad Foot” with our #14 pick in the 1st RD. Did we really make en effort to include Stills in the offense, or is it Stills who didn’t pick it up? Either way, you don’t throw 3rd RD picks around like they’re nothing. Just a few names who were available in RD 3 at or after our pick, LB Jordan Hicks, DT Carl Davis (we could have gone O-line in the 2nd, and taken a project DT in Davis in the 3rd), LB Paul Dawson, and CB Steven Nelson. Anyway, I know that’s not answering your question, I’m just ranting. I’m just really surprised that Stills never really got an opportunity to start. When he did early in the year, it was Stills, Jennings and Landry, and it seemed Landry was the go to guy. Then Jennings got phased out, and Matthews stole the starting spot, and Stills has been afterthought all along. If I had to say why Stills and the deep ball aren’t more of a part of our offense, it’s because of 2 things, they don’t want Tannehill holding the ball too long with our porous pass blocking, and they don’t think throwing the ball deep is Tannehill’s strong point. I don’t think they want to take those chances early, but maybe they should.

Q – Do you think we can fill the pass rush void left by Cam Wake, and if so who do you think can do it?

There was a void for much of the season when Cam Wake was in the lineup, but if you’re asking if anyone we have can replace the explosion Cam Wake with 4 sacks, the answer is NO! I hope Chris McCain gets a chance, but despite the fact that many of us became enamored with McCain early last season, it doesn’t appear as if our coaches share that same admiration. He’s a raw kid, we all knew that, but we wanted to see what he can do. He hasn’t been getting much time either at DE or LB, but you would think now would be the time to play him at DE, along with Derrick Shelby. I don’t think we have another guy on the roster that could play LE besides Fede, who’s Vernon’s backup at RE.

I think that was a painful loss for the Dolphins, and even more painful for Cam Wake. I do believe that was his last game as a Miami Dolphin. Maybe due to the dire circumstances of the season, where we need to win almost every game we play, we see McCain get his opportunities, and make the most of the them. It would be sweet to have his replacement on the roster, and not have to try and find it elsewhere. We need OL help, LB and CB help, so now you can just pile on DE help to the long list.
______________________________________________
from Wyo

Q — Do you think they activate Ajayi this week?  And if so, whose roster spot will he take?

I do think Ajayi is placed on the 53 man roster, and my guess is he takes Damien Williams spot. I think we try and put Williams on the PS, or maybe they even waive him outright. If they waive Gray, some team will pick him up immediately. Therefore, I think the best way to do it is to carry 3 RB’s, Miller, Gray and Ajayi. I think Ajayi can be better than Jonas Gray, and although he’s not a true power runner, he can be a difficult guy to bring down, and he fights for his yards. Ajayi is also a very good receiver out of the backfield, which makes him a good fit in our offense.

The only issue with putting Williams on the PS or waiving him is, Ajayi would have to be ready to play and step into the offense if needed. He’s been practicing for 2 weeks, so hopefully he’s absorbed enough to be comfortable knowing what what he’s doing out there. It’s usually not all that complicated for RB’s, but he needs to know protections and blocking assignments, and that’s where it can get confusing. Tannehill would appreciate it if he blocks the right guy, and keeps opposing defenders off of him.
______________________________________________ 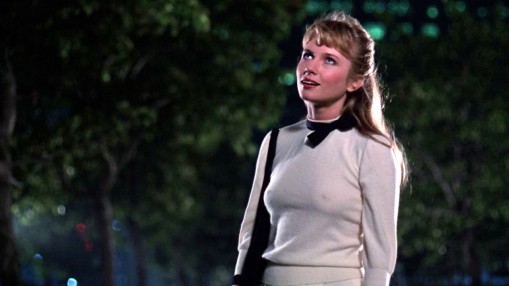