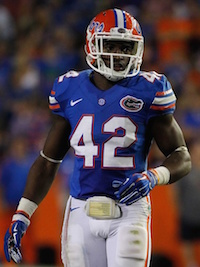 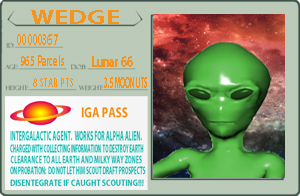 Just one more nail and I get this great Earthling Relic up….

I hit my fingers with the hammer.

Well I guess that is appropriate with my this relic.  A little bit of pain just like ball carriers used to experience with this guy on the field.

Ahh…there it is…my most prized possession 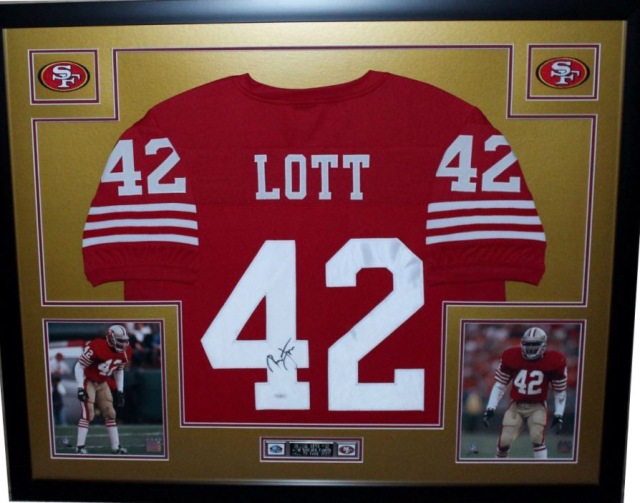 Ronnie Lott is my favorite football player of all time.

Old number 42.  They don’t make ’em like that anymore.  Kinda makes me want to save Earth….

but alas…they don’t play the game like that anymore. So screw Earth!

Okay okay…I see glimmers once in a while.  Especially when a young safety wears the number #42. 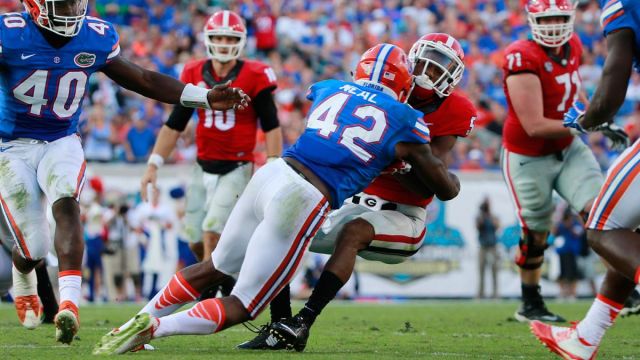 Keanu Neal is a hard hitting safety from Florida.

I know what you are thinking…should we really draft a player named Keanu? 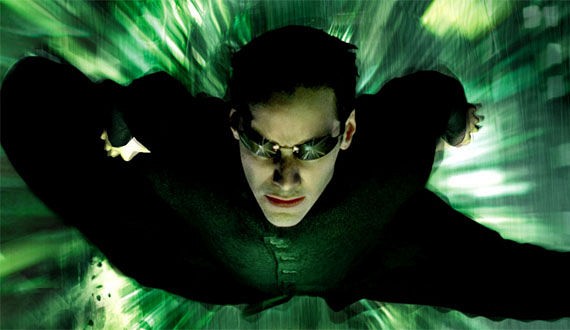 The one to bring back memories of hard hitting Ronnie Lott.

Boom Keanu Neal is known for his hard hitting.  He plays the game at one speed ——– KILL SPEED 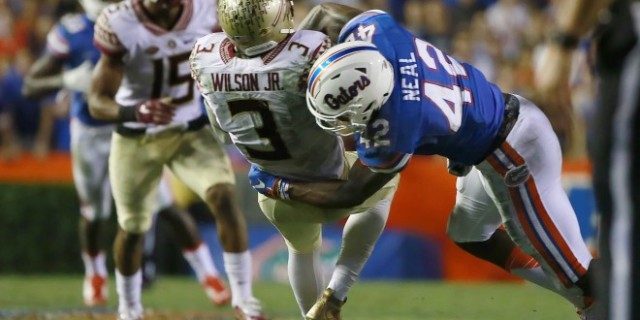 Neal is known for his tackling and collected over 80 in 2015.

The Gator Defense was stacked with talent in 2015:  Vernon Hargreaves, Antonio Morrison and Jonathan Bullard will probably all hear their names called before Neal.

But make no mistake about it, even though he is a day 3 pick, Neal might end up being an NFL starter down the line.

He is not known as a ballhawk but he did intercept three passes in 2014.

But he did get the top broad jump among safeties and the 2nd highest vertical jump.  So the guy can jump and hit!

If Keanu Neal was an Alien Weapon of Destruction – he would be a space hammer!