OMG! The Draft is Here!! 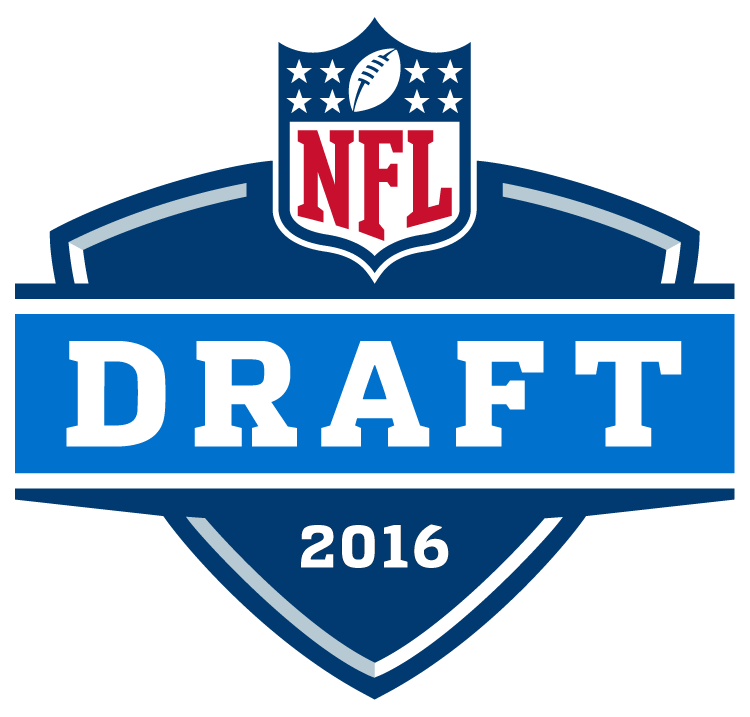 We’ve talked about it for a long time, in fact, some of us started talking about it before we drafted last year, in the 2015 NFL draft.  It never stops.  The NFL Draft, the place where dreams are either realized, or crushed.  There is always hope, always, because where else can you bring in new, young talent, and the potential to bring in 8 or more new faces to your team in one weekend.  This only happens with the NFL, and then after the draft, even more excitement is generated by the signing of players who went undrafted.  Sometimes, a player who was expected to be a mid round pick falls completely off the draft board, or in last year’s case, a possible top 10 pick, like La’el Collins, who due to bizarre circumstances with a murder case he had no part in yet was being questioned by police, had all 32 teams wipe him right off their draft boards.

Tomorrow will begin the madness that is the 2016 NFL Draft.  The Miami Dolphins currently hold 8 picks, starting from the #13 pick, #42, #73, #107, #147, #186, #227, and finally #231.  There is no guarantee that the Dolphins will use all those picks to get 8 players, they may trade up early in the 1st RD and use 2 or 3 picks to accomplish that.  They may trade back later in the into the 1st RD, and gain a couple of picks.  There are so many angles from which to look at either strategy, and a case can be made for both, without either of them being necessarily wrong or right.  For instance, supposedly, this draft plateaus from approximately pick #15 to pick #50, meaning the talent at #50 is nearly equal to the talent at #15.  We pick at #13, right around that imaginary line, so would trading back to pick up a couple of extra players in that range be smart?  Sure.  If all the supposed blue chippers are in the top 10, does it not make sense to trade up and get a superior talent and a player with a greater chance of making a big impact on our team right now?  Sure.

Whatever we do tomorrow, partly because of past failures, such as the Dion Jordan trade up to #3 in 2013, or just because of personal preferences, some of us will be angry at some of the selections we make, and yet others will be ecstatic.  That’s how it is.  I have to give all you guys/girls lots of credit for your dedication to the sport, and especially the entire draft process.  I know many of you tirelessly watch college football to find potential for the Miami Dolphins, and others, like myself, who don’t watch college ball, scour as many scouting reports, watch highlight reels, record and watch the entire week of Senior Bowl practices and the game itself, the same with the NFL combine.  The funny thing is, even the best of the best here, who really put in max effort, most likely don’t put in a fraction of the time our scouting staff put in, and our coaches and our GM put in.  Granted, that’s their job, we do it for (fun?).  Still, we should all probably just chill out with the negative feelings (I know I will have them), because these guys really did put in the effort to make the team better, and hopefully, it actually works.

I’m going to give you my picks for each round, without trade ups or trade downs, because those are just too hard to predict, it requires a lot of cooperation and desire from another team or two, and therefore, I’ll just do it straight up.  This draft is not who I want for our team, it’s how I expect it to happen.

First of all, let’s put that myth that if he’s elite, he’ll be gone by pick #10 nonsense, and if he’s not, he’ll be there.  Great NFL players are chosen all over the place, and these selections are made by a few parameters, GRADE, NEED (at a certain position) and VALUE.  Every team will have different metrics on those, and many teams obviously have different needs for both position, and the type of players they want to fill those positions.  For example, while Vernon Hargreaves may  be rated very high on most boards, a team that prefers bigger CB’s may not have him on their board early at all.  So back to Elliott.  He would most definitely be our best RB if he were to join our team.

Much has been made of Adam Gase’s use of a “running back by committee”.  I think it’s only fair to look at each situation, and why that may have been.  In Denver 2013,  first off, Gase had Peyton Manning., who threw the ball 659 times for nearly 5500 yards.  The Broncos drafted Montee Ball, and added him to a stable with Knowshown Moreno, Ronnie Hillman, and and CJ Anderson.  Moreno carried the ball 241 times, more than double the carries Montee Ball got at 120 carries. Is that really a RB by committee?  In 2014, again, Manning put up astronomical numbers, 597 pass attempts, over 4700 yards.  With Knowshown Moreno out of the picture, and Montee ball fat and out of shape, and fumbling often, Gase had little choice to try and find the hot hand.  CJ Anderson rushed 179 times, for 849 yards, and Ronnie Hillman 106 times, for 434.  Keep in mind, Ronnie Hillman was the better 3rd down back, and most of his action was on 3rd down, but again, the RB by committee aspect doesn’t necessarily show up, because the talent just simply wasn’t there to earn the bulk of the carries.

In Chicago, 2015, Adam Gase had 30 YO Matt Forte,  rookie Jeremy Langford, and 2nd YR RB Ka’Deem Carey.  Just for some background, Forte has never really been a bellcow RB, the most carries he had in his career was his rookie season when had a high of 316 carries.  He never broke 300 again, and has been slowly diminishing in carries the last few years, from 289 in ’13, to 266 in ’14, and last year 218.  Langford carried 148 times, and  Carey 43.  Clearly, Forte was his best guy, but at 30 YO, he didn’t overwork him, and for the most part, Chicago’s offense was a disappointment, despite Jay Cutler playing at his most efficient, with 21 TD’s and only 11 INT’s.  They sorely missed Brandon Marshall last season, and when Alshon Jeffery got hurt, that was it for this offense.

My point is, I don’t believe that Gase has a strategy to use his running backs nearly equally.  I think he had to in Denver, out of necessity, and in Chicago, he didn’t want to burn out his 30 year old star in Matt Forte.  Gase did say he wants a stable of RB’s, and I think that’s the responsible thing to do, considering what can happen if there’s a severe drop off in talent from your starter to your reserves.  make no mistake, if we draft Ezekiel Elliott, he will clearly be our best RB, and we will use him as such.   He will make a huge impact in our offense.

We have a definite need at CB, no question about it, and we get the best we can in the 2nd RD.  Jackson gives another 6 foot CB who can play both press and zone coverage.  A good fit for what we’re looking for, Jackson will certainly be given every opportunity to start opposite Byron Maxwell.

As much as we need a CB, we need to shore up the interior OL.  We get the powerful OG Garnett from Stanford.  Garnett also will be given every opportunity to start somewhere on the OL, most likely LG, to compete with vet Jermon Bushrod.  That will leave a battle royale at RG, with Billy Turner, Jamil Douglas,  and Kraig Urbik .

Bush is a physical player who likes to hit, and when he does, forces fumbles.  Bush forced 5 fumbles in 2014.  He can also go up and get the ball with his 39 1/2″vertical.  Bush has only 4 INT’s in 4 years, along with 13 passes defensed.  Could be a good player down the line.

Canady brings another CB with size to the team.  Not a physical player, but a player with talent that perhaps VJ can bring out.

Oakman is probably worth a flier in the 7th RD.  he could easily end up off the team before the season, but maybe, the light goes on, and he becomes a player.  I’d take tht chance this late in the game.