Is the chiffon robe growing a fro congruently with Kaep?

The two most telling stats year to year seem to always be scoring and turnovers, we’re behind on both right now.
One thing I harped on about Tannehill was the lack of 4th qtr scoring and although he has scored in both 4th qtrs so far it hasn’t translated to wins.
So, if we score more and get more turnovers consistently do we become a winning team?

I think what I’ve finally realized is that there is no one formula for winning, in any sport, with any team. There are just too many variables in sports for the contrary to be the case. How many times have we talked about how you need to have a top QB, and then the Denver Broncos go on and win the Super Bowl with possibly the worst QB performance ever, both in the regular season and the SB game itself.

The important thing is to have enough people playing well to help you win. The first week, the defense was lights out, until they tired on that final fatal drive against the Seahawks. This past week, we were down 21-0 in a blink of an eye. I think what we need is a good effort from both units at the same time, dictate the terms of the game, take a lead, and make the other team adjust. That doesn’t happen here often enough, but that would help us on our way to winning our first game.

I really don’t think Tannehill is the problem, and if we get balance on offense, he may even be the answer. Cleveland isn’t New England, but we are in no position to take any team for granted. Isaiah Crowell runs hard, and they have a pretty solid O-line with Joe Thomas and Finsmob Unleashed favorite Joel Bitonio. They actually have a pretty good TE as well in Gary Barnidge, who BTW is thrilled Cameron left for the Dolphins in FA last year.

I’d like to see another good pass blocking job by our O-line, and a more sincere effort to run the ball with whomever we have available at RB, whether that means Foster, Ajayi and Drake, or Ajayi, Drake and Williams, or any combination of those. We need to impose our will on a team, and own the LOS. Defensively, just limit big plays, and make tackles. We can should beat the Browns, especially in our brand spanking new home Hard Rock Stadium.

Q – Alrighty then! Is this the week where we play a complete game from beginning to end against a bad team in our home opener?

I sure hope so Tim, this is a team we should be able to compete with. I’ll take an ugly win, because we desperately need one, but I’d much prefer like you said, a complete game by both the offense and defense, and a decided victory. It’s time for that, opening up Hard Rock, in front of our home crowd, which should definitely be a sellout, and as much as a must win scenario as week 3 can possibly bring.

Q – Did the Patriots game change your mind as to whether or not this team can make the playoffs?

Q – Why will MIAMI completely destroy the Cleveland underwear stains ? thanks, TOP SECRET

We will completely destroy the Browns if We come out hot on offense, move the ball well on the ground and in the passing game, and then hold on defense. Do this a few possessions, and we have a nice lead going into the half, which is something that has yet to happen so far this season. As of this writing, it was just reported that rookie 1st RD pick WR Corey Coleman has broken his hand. That leaves the Browns quite thin at WR, leaving converted QB to WR Terrelle Pryor, Andrew Hawkins, Ricardo Louis and Rashard Higgins, so that helps your cause, and the Dolphins as well.

It’s time Top, we’re home, in our new house, and it’s time to assert our home field advantage NOW! We’ve played well enough to win both games, but came up short twice. This time it’s all us. We may not have to score 30 or more for this to be considered a blow out. I wouldn’t be surprised if we win by 20 or more, we must stop Isaiah Crowell and Gary Barnidge, probably their 2 best weapons. Enjoy the game, and thanks for the question! 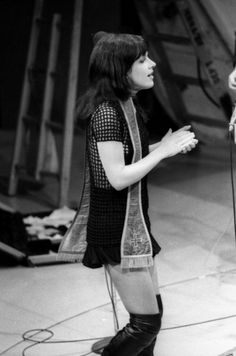