Well amongst very lows and some recent highs our Dolphins have reached the bye week of the 2016 season with a chance to make some noise as they prepare to make a playoff run. The season started slow with heartbreaking

crushing losses to Seattle and new England, followed by a squeaked out win over the hapless Browns. The lowest of the low points occurred following that Browns win by looking horrible in a drubbing by the Titans and a no show in orange loss to the Bengals on Thursday night. The Titans whooped the Dolphins in every phase of the game causing fans to surrender the season. They contemplated the next draft, questioned new coach Adam Gase, traded quarterback Ryan Tannehill and any other fin who could bring a decent draft pick. It had us all, as fans, feeling like nothing changed from previous years and that we were in for a very long season. 1-4 looking bad.

Week 6 brought the Steelers to the newly renovated Hard Rock Stadium, the second of four straight Dolphin home games, and the fan base in total despair.

This would be the knock-out punch that confirmed everything the Titans game had shown us the week prior. Adam Gase and the Dolphins had other plans, thankfully. Gase escorted three offensive (very offensive) linemen out the door, having had enough of their failures. His starting 5 Linemen from early in the off season were poised to play together for the first time in the season. Jay Ajayi became the major benefactor as he intoduced himself to the country by rushing over and stomping the Steelers with over 200 yards rushing. A glimmer of hope emerged for Dolphin fans everywhere.

, needing to win to show they could keep up with surging Buffalo, needing to win to have any chance of continuing the season with any hopes for playoff glory, needing to win to show the Steelers beat down wasn’t a fluke. And needing to win because Larry Csonka along with Coach Shula and a host of other Dolphin greats were in attendance for Alumni weekend. With Fest attendees in place Jay Ajayi continued is ferocious running and the late surging Dolphins knocked out Buffalo with another 200+ yard running performance by Ajayi and his O-line. The Fest game saw Buffalo get handed their ass as they came off 4 straight wins with dominant running and run defense, neither of which was a factor in the Fest loss.

So here we are at the bye week with a team that looks focused and poised to make a legit run at the playoffs. Is it real? Are the last 2 weeks who the Dolphins really are or are they the Dolphins we saw for the first 5 weeks? Recent evidence favors the team we’ve seen for the last two games. A healthy O-line featuring 4 first round picks, a new coach learning his team, a back establishing himself as one of the best in the league and a Defense finding its stride – stopping the run, pressuring the QB and getting off the field.

Bye week. Bi-polar. Is the team bi-polar, will they be good for a stretch and then look like the first five weeks did? As long suffering fans we can only hope that Coach Gase has tapped in to something, that he’s found the heart of this team, that what we saw most recently is the emergence of a physical team that wins in the trenches and is capable of beating anyone on any given Sunday. That the soft Dolphins who for years have failed to string together wins, dominate teams and win big games went out the door when Thomas, Turner and Douglas were fired.

Now it is time to reveal this year’s Bye week Bi-Babe.

I never found her to be quite so hot until I found out that she was Bi then suddenly she became much hotter to me than ever. 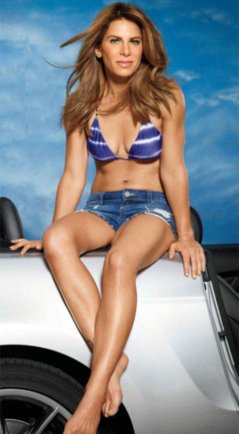 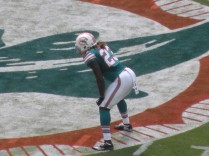 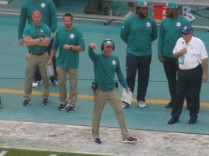 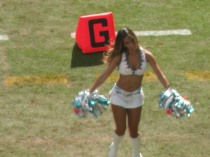 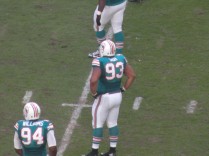