Game Wrap Up with the Little Prawn Jests @Dolphins

Looks like Prawny is so excited about Sunday’s win he is suggesting some edits to the Jests logo.  I think it works for them too Prawny… 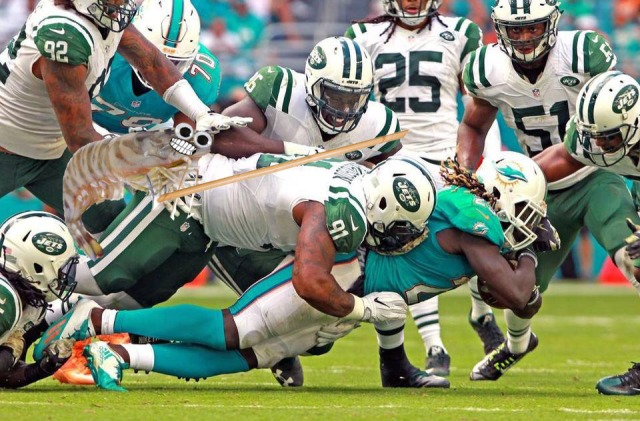 Here Prawny points out how many defenders it takes to bring him down.

But it didn’t start out so well for Ajayi.  His first 3 runs were all for losses.

Then on his 4th carry Ajayi broke a 20 yarder for a touchdown. 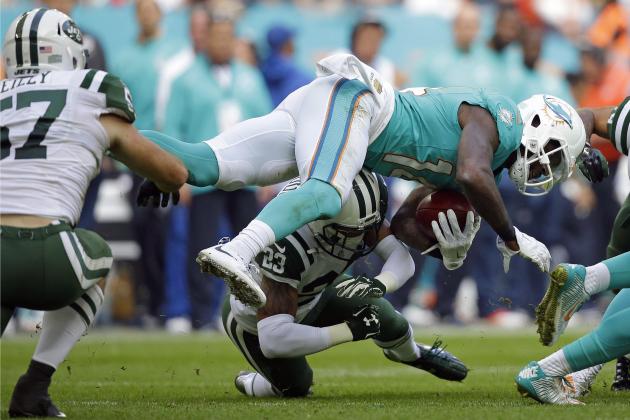 And of course Landry was just as physical early.

Landry only caught three passes for 33 yards but he did take some one’s helmet off and scrapped all game!  And that is what Landry does.

None of the receivers had a very good game.  Between Landry, Still and Parker there was only a total of 52 receiving yards.

After Jones caught the Dolphins 2nd TD of the half, the offense sort of slowed down.

Yeah they gave up some big 3rd downs early

But they hit Fitzpatrick a lot.

And they even forced the NFL’s leading interceptor to watch from the sidelines for a series.  SIT DOWN HARVARD!

The jests did not get over 200 yards in the air.

Hey Look out Fitzpatrick – Jordan Phillips is about to hurdle some one! 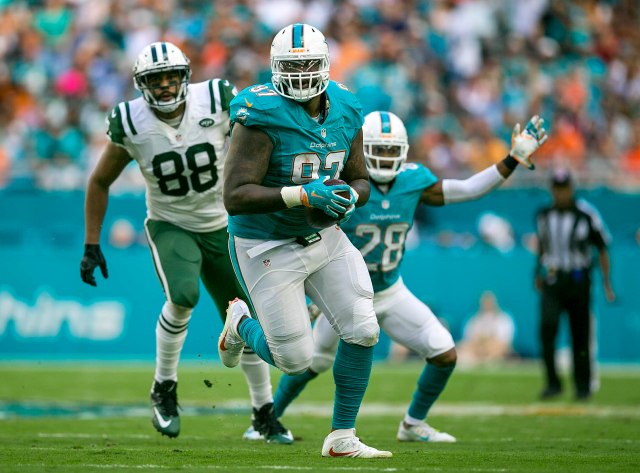 He is also the guy knocked Fitzpatrick out of the game

Which was called for a late hit… 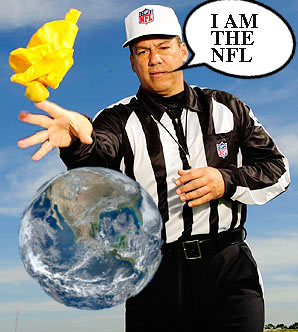 There were some painful moments in the game

courtesy of the NFL officials

Who reminded everyone, on every other play, that they were in the building.

It was a flag fest

It was hard to watch…

but not as hard as watching Darr with the worst mistake of his young career. 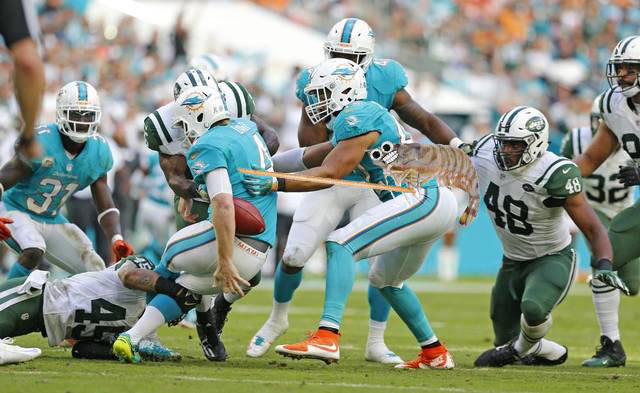 The Dolphins almost lost the game on a special teams play.

After this 4th down mishap deep in their own territory, the jests would score a TD

Prawny lost his shell when this happened.

A penalty on a kick off and a lot of dancing by Grant on the initial kick off  help tire the jests special teams down.

The defense would not the the jests offense get started on the next drive.

Suh grabbed a sack and a big tackle on the jests next possession.

And on the final Dolphins drive, the Jests could not stop Ajayi.

Prawny points out how polite Ajayi is in this pic.

Nice of Ajayi to waive goodbye to the Jests.

Ajayi finished with 24 carries for 111 yards.  He didn’t get 100 yards until the final drive of the game – the clock killing drive! 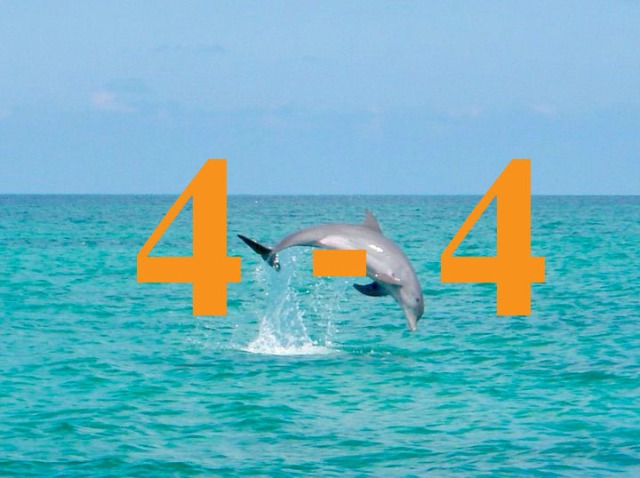