I’ve collected enough data to finally end your time in this universe.  The Alpha Alien is going to give me a promotion for this.  I have to admit…I’m going to miss your football.

But I had my fun in 2016 with the Dolphins making the playoffs…So it’s not going to get much better…and if it doesn’t get much better, well then…Earth must die… 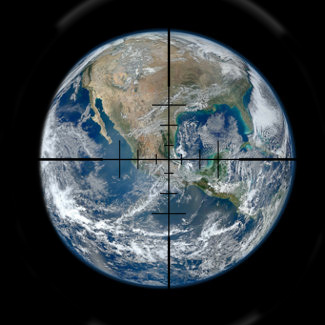 I have you in my sights now…. 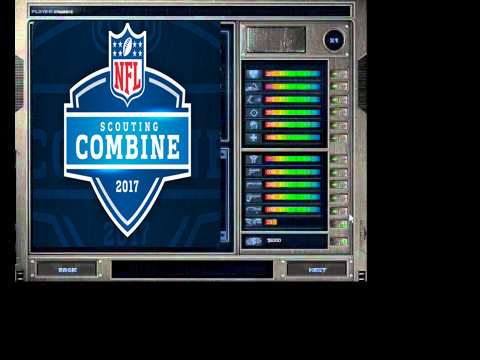 Oh….it’s the NFL combine…maybe I should put a hold on the destruction of Earth for just a little… 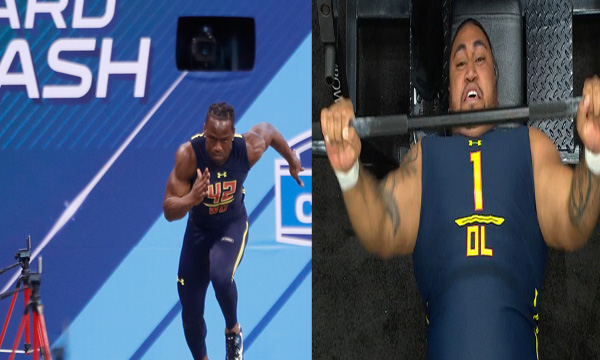 Man I enjoyed watching the first couple of days of the combine.

Isaac Asiata, the Utah OG prospect was the op performer in the bench press with 35 reps.

And John Ross – he could have had an Island if he was wearing the right shoes.  He ran an impressive 4.22 in the 40 breaking Chris Johnson’s record.  As it turns out Ross ended up with a Nike shoe contract instead of an island.

There were also some unimpressive performances.  The QBs weren’t particularly impressive.  Deshone Kizer’s lack of accuracy was particularly notable.  I’m sure a team will take him early – but he may not be ready as a rookie.

And Dalvin Cook, who’s a great athlete and will probably be a great RB in this league, had somewhat pedestrian numbers.  But trust me – he will be a great RB irrespective of a modest combine.

That’s when the Linebackers and Defensive Line ran their drills 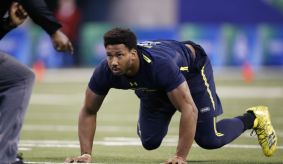 So its safe to say, the Dolphins don’t have a shot at Garrett.  But you already knew that.

What you may not have known is that another player within reach of #22 proved himself to be a great athlete, despite going to a smaller school (Temple) not known as a powerhouse.

Hassan Reddick has had a great offseason.  First he turned heads at the Senior Bowl, then at the combine:  He ran an impressive 4.52 40 and leaped over 11 feet in the broad jump.  The only problem with Reddick’s absurd numbers are the fact that it might push him to go a little earlier than #22….the good news:  There are other prospects. 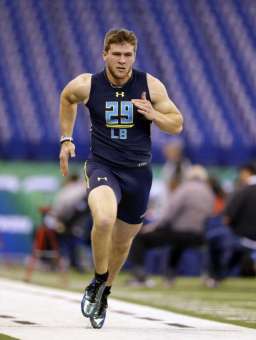 For example TJ Watt.  You already know about the Watt family.  They are great athletes.  The youngest Watt looks like he will be a very good player in the NFL for a long time.

The thing about Watt and Biegel is whether they are right for the Dolphins.  Playing in a 3-4 system in college caused each of them rushing the passer a lot.  Both have shown – they can get in the backfield fast.  But can they drop in coverage?   Well it probably helps

if you are a pretty good athlete.  I’m pretty sure a lot of 4-3 teams might look at either prospects in either an outside linebacker role or a defensive end role.  But time will tell…

Speaking of positional ambiguity – how bout that Jabril Peppers.

He tested on Sunday with the linebackers and guess what…he is testing again on Monday with the defensive backs.  Peppers appears to be a player who prides himself on proving how good he is.  And you know what Peppers – you proved it to this alien!

Peppers had the fastest 40 time among linebackers.

For a guy who isn’t too familiar with the linebacker drills, he looked pretty good in those drills as well.  But I expected that from Peppers.

What I didn’t expect is Ohio State Linebacker, Raekwon McMillan to be so fast.  His 4.61 40 yard dash was among the fastest of the day. 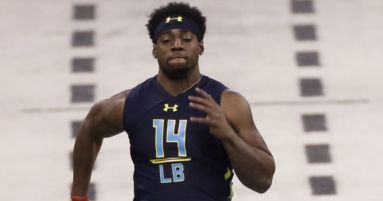 There were other impressive players.  Like Keith Kelsey who looked like a linebacker who has refined his skills.

Tennessee linebacker Jalen Reeves-Maybin looked very good in the drills.  If he can stay healthy, some NFL team might get an excellent MLB.

Anthony Walker, Jr., a pork favorite, who looked fast and fluid and not the slow and overweight player some suspect he has become.

If it weren’t for Peppers you might hear endless squealing about how fast Duke Riley and his 4.58 40 is.

The combine was so stacked with defensive talent up front that I barely noticed players like Derrick Barnett or Carl Lawson.  But each also looked good.

Tyus Bowser, may not be from a powerhouse conference,  but the Houston Cougar looked like one of the better athletes on the field/track.  Smaller school guys like Connor Harris were able to show their skills and solidify a day 3 pick.

Please Dolphins…..Please Draft some of these defensive players.

The fate of your planet may depend on it…