BOOM!  You just ran into a wall named Eddie Goldman.  How does your Earthling weak skull feel?  A little dizzy?  Me too.  No I didn’t run into Eddie Goldman.  My head is spinning from all the quality players coming in to the NFL in 2015.  Eddie Goldman is just one of them. You better not run into him.

Pound for pound, Goldman might be the best big run stuffer in this draft He has a big and powerful upper body and it shows on the football field.  The 6’4, 320 pound defensive tackle reminds some experts of our very own Randy Starks but others compare him to pro-typical 3-4 nose tackles. 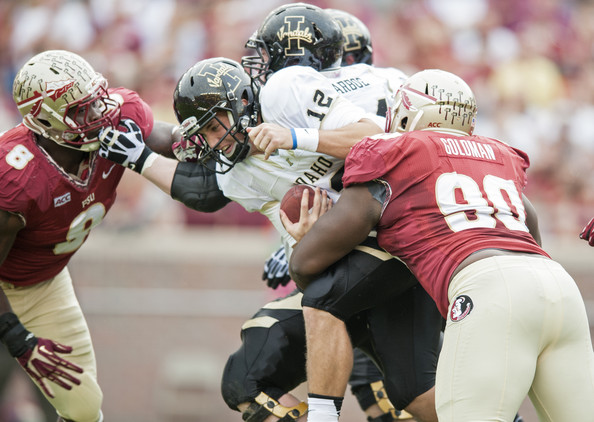 Goldman’s strength is clearly against the run.  He is not exactly a consistent pass rusher.  But he does have a good initial burst and has some quickness.  Its possible that Goldman is just scratching the surface of his potential.

He is clearly athletic enough to do more than just clog running lanes.  But even if he is just a 2-down run stuffer – he is a good one!  A few mocksters have mocked Goldman to the Dolphins at 14 – but I think he is more likely to go early 2nd round, mainly because he is not a great pass rusher.  While Goldman probably won’t collect a lot of sacks early in his career, he might develop into a good pass rusher, so nabbing him in the 2nd round might be a real steal.

Most defensive tackles don’t have awe inspiring statistics but Goldman did manage to have 35 tackles and four sacks in 2014.  His biggest play of the year was a crucial forced fumble against Clemson when the Seminoles desperately needed a big play. 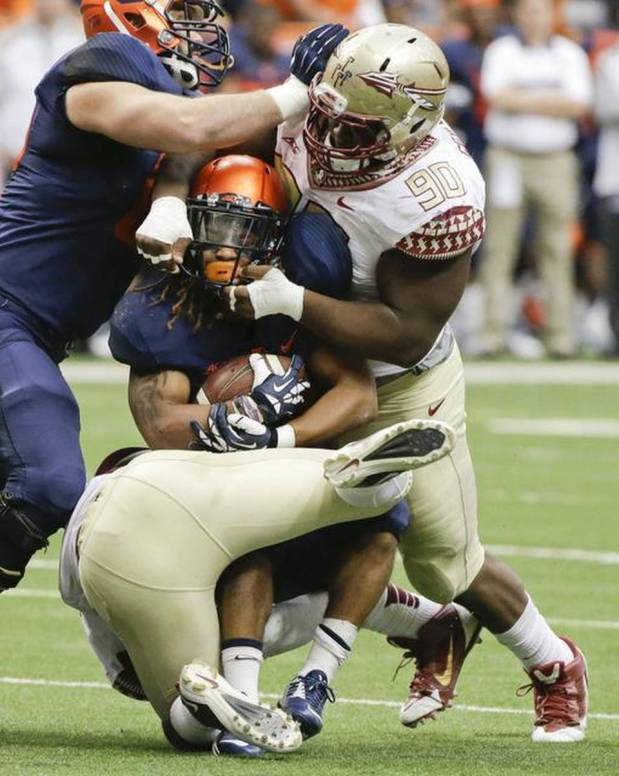 If I was going to compare Eddie Goldman to an Alien Weapon of Destruction, I would compare him to the Impenetrable Gamma Ray Wall of Lower Centaurus.  You cannot pass!!!