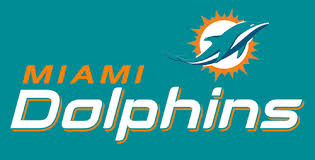 It’s finally here.  We’ve waited and waited.  There has been speculation on every detail of the team, who would stay and who would go?  Who would be drafted?  We’ve discussed the big offseason  SUH-PRIZE!   We’ve discussed the players who were injured last year and are they going to be ready?  I’ve even seen discussion on uniforms.  Now we get to see the first glimpse of  our 2015 MIAMI DOLPHINS!  It’s time to say a big FU Welcome Back to Football!  It matters not to me that it’s a preseason game.  It’s a game and I’ll be happy to see it.

We’re planning on updating the blog as the day goes on with links to any information that becomes available as game time approaches.  That’s the plan, but since it’s a workday for most of us, it may or may not happen.  And seriously, most of you don’t read the articles.  You’re probably not reading this now.

Game Viewing.  According to 506 sports, these are stations who will be broadcasting the game live:

For everyone else, if you’re not buying the preseason package from NFL network, try VIPbox or FirstRowSports.

SUH IS HERE, EVERYTHING IS DIFFERENT NOW!

(I added that last part, your pal son)

Look how excited Jay Cutler is about tonight’s game

Well he isn’t here any more…