Game Wrap up with the Little Prawn

The Dolphins hosted the Falcons Saturday Night.  The Little Prawn was there to see the actions.  Let’s hear his thoughts on the game!

Well maybe you can’t hear him so well…I’ll just do my best to explain what he is pointing out to you.

The Dolphins unveiled their stadium upgrades, well the ones that are completed this year anyway.  Next year they put the canopy on it.

Prawny thinks it looks like a giant pool now. There is a lot of Aqua around the Dolphins these days.

Prawny points out here that the Dolphins have a flare for theatrical effects.

Prawny gives a pep talk to the defense before the game.  Truth is, no one could hear him.

Something about “kill kill kill”! 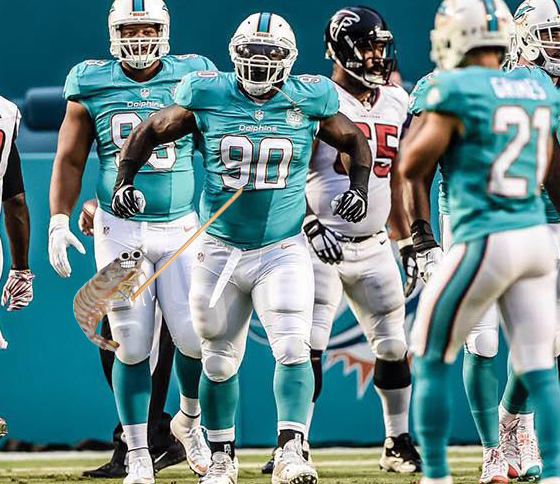 Whatever he said clearly worked.  Earl Mitchell was feasting early on.  I guess playing next to Suh has its benefits.

The Falcons rushed for 50 yards on the day.  But a lot of those yards were in the 2nd half. In the first quarter, when the first team defense was in, there was a ton of negative plays.

And it wasn’t just against the run.  The pass rush looked unstoppable too.

This one squeaks for itself.

I think Prawny is pointing out the spot where Matt Ryan head detaches from his body.

This is another good place for Tom Brady’s liver to end up.  Wake is gonna kill some one playing next to Suh!

The defense did not give up a touchdown Saturday night.

But enough about defense.  How bout offense?

The Dolphins only scored 13 points in the game.  They were playing with a make shift line.  No Albert, no Fox, Dallas Thomas at left tackle (and he played well) and Pouncey left the game with a knee injury.

In this pic, the Dolphins work in the screen.  Me thinks we might see a lot more of the screen game this season.

Miller looks well on his way to being a workhorse for the Dolphins.  He had 11 touches in limited time.  That included 5 catches.  Maybe the Dolphins were just working the running game because of the injuries to the offensive line.

In this pic, Prawny points out that Miller’s knee is no where near the ground!  He can fly!

Running backs tend to get big YAC yards.  But you want YAC?  I give you Jarvis Landry.

In this pic he scampers for 46 yards, most of those yards after the catch.  It probably could have been a touchdown pass, but the first player to make contact with Landry was Dion Sims…oops.  Well he was trying to make a block downfield and kinda got in the way…

Rishard Matthews would end up scoring on that drive.  Prawny points out here the chemistry between Tanny and Matthews who were drafted in the same class.

That wasn’t a bad draft.  Sure there was Martin and Egnew.  But there was Vernon, Tanny, Miller and Matthews.  Maybe Jeff Ireland wasn’t so b…..

Okay Okay…I’m sorry Prawny!  I won’t say anything good about Jeff Ireland.   You don’t have to stab me! 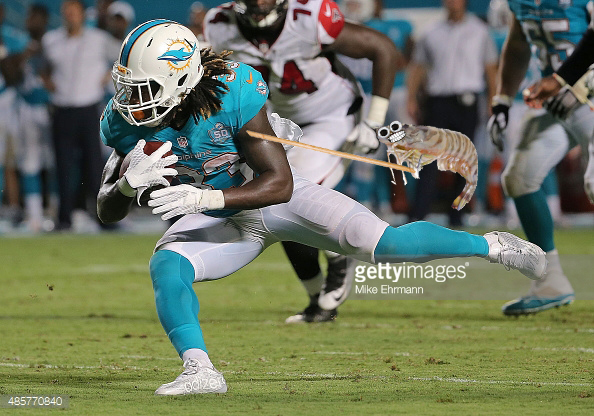 Speaking of good draft picks.  Jay Ajayi lead the Dolphins in carries last night.  He had 7 carries for 25 yards. 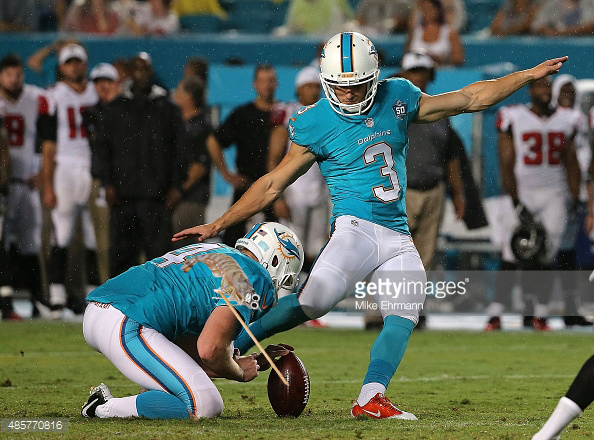 Looks like some of these guys got their jobs locked up.  Not a lot of suspense in the final 53.

But maybe just maybe, this guy – Franks, takes the kicking job from Sturgis.  In this pic he hits a 51 yarder.  He has got a leg!

241 Responses to Game Wrap up with the Little Prawn