Ah….do you smell that?…no not my hyperbolic afterjuice!   I’m talking about College Football in November.  The season is heating up.  There are several undefeated teams left that are trying to make their way into the playoffs.  Only 4 teams are in.

Some people were shocked when Clemson was ranked #1 in the College Football Rankings.  But not this alien – I’m a Clemson fan…mainly because of a certain #90 that plays for them:  Shaq Lawson. 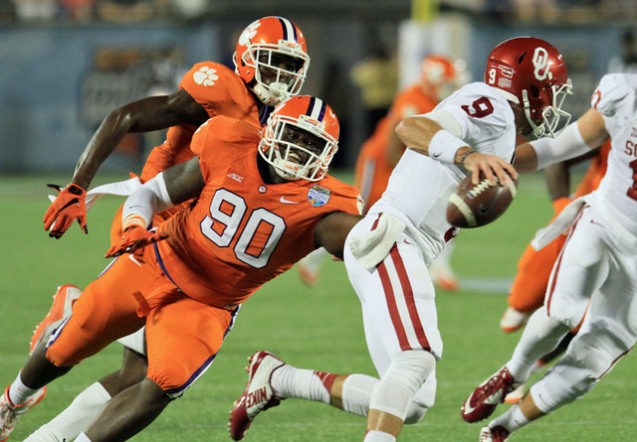 In 2015 Clemson lost Vic Beasley and Stephone Anthony to the NFL…You would expect a falloff by the Clemson defense.  But nope – Shaq Lawson does’t fall off – Shaq makes you fall off!

The Clemson defense is giving up less than 17 points a game in 2015.  In a large part because of their pass defense which gives up less than 160 yards a game.  And what fuels that pass defense – you know the answer to that:  The Pass Rush! 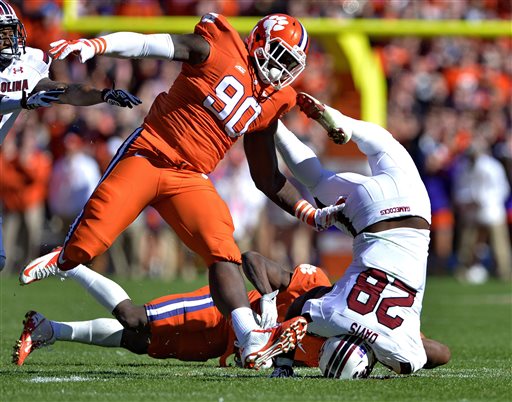 For most of Shaq’s career he was backing up studs like Vic Beasley.  But even as a freshman he managed to have 4 sacks, which tied a Clemson record for a freshmen.  In his sophmore year he added 3.5 more sacks.

This year, in eight games – Lawson has 6.5 sacks.  This guy is going to bring a lot of pressure in the pros.

Could the Dolphins be interested in a player like Lawson?  Well considering Cameron Wake’s season ending injury, Olivier Vernon’s pending free agency and Dion Jordan’s ehhh….NFL POOPERY…yes the Dolphins might be in the market for a defensive end in 2016.

Hmmm….I wonder how Lawson would look next to Suh…..

If I was going to compare Shaq Lawson to an Alien Weapon of Destruction, I would compare him to an Intergalactic Buzzsaw slicing its way through offenses! 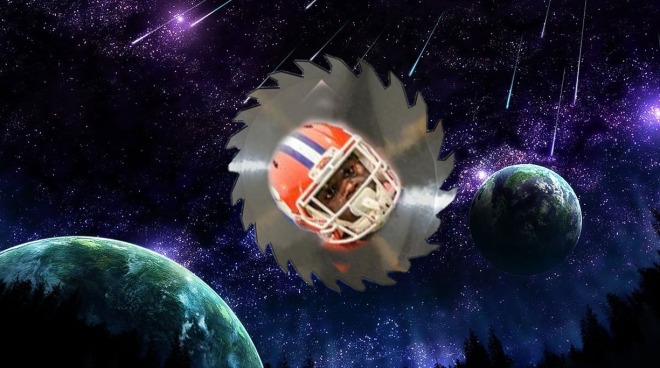