Q – So after a somewhat horrible start the Fins have 4 home games and a bye.
Tennessee has played tuff
Pittsburgh will feast on our secondary
Bills will be tough us as usual
The Stej are like looking into a mirror (yes that is pathetic!)

I’m not going to say we’re only 2-6, or or 3-5, because I really expect that somehow, we’re going to turn things around, so after we beat TEN this week, it’s the explosive offense of PIT, with Le’veon Bell healthy, and and Antonio Brown, but for some reason, we’ve played the Steelers pretty tough, so I’m not conceding that game at all. We won the last one 34-28, got ripped off by referee Gene Steratore and his goons when they didn’t call a fumble, and also didn’t allow us to recover. That was trash, and because of that, we’re going to beat them every time we play them.

Q – Oinks to you Mike.  Is it too early to talk about the draft?  Do you have your eye on any position?  How about players?

If you ask this pig, I say LINEBACKERS please.  Have you noticed how well the Vikings defense is playing.  I don’t think it’s a coincidence that they drafted Barr and Kendricks very recently.

Officially, it’s NEVER too early to talk about the draft, because football fans especially are draft obsessed, so it’s never too early. On the other hand, if it’s talked about in the sense that our season is over, HELL YEAH it’s too early! As I pointed out to Wyo, we’re going to feast on this homestand, right the ship, and be sitting in playoff contention at 5-3, so while the draft is always important, we’ll be talking about how good the team is playing, how Tannehill looks like the lightbulb went on, and Son will be raving about how well our QB is playing. Lou will be moving into a comfy rubber room, because after Tannehill plays well, well, what is there to complain about after all?

The Dolphins begin an unprecedented 4 game home stand, and with a bye week inserted in there, will not leave the state of Florida for 5 weeks. Do you see this as the turning point, or breaking point of this season? In other words do you think they will win at least 3 of the 4 games?

Definitely the turning point brother, nothin’ like home cookin’! We will win ALL of these games, and everyone on this blog will be happier than a pig in shit, except of course for the Piggy, who is always as happy as that. I think Gase is working very hard to get us where we need to be, and although it hasn’t showed very much as of yet, I think Gase after the first weeks of trial and error is ready to commit to a regular lineup, and and there won’t be as much shuffling players around, especially with the starters, and more specifically, RB. We’re not going to see Damien Williams starting again, at least we better not! I think Ajayi and Drake are going to see a lot more action from now on, and I think in general, we’re going to see thos at most positions, although I did read that Gase wants to see more of Michael Thomas at S, which surprised me, because I thought Isa had played pretty well.

Q – Who do you think the two RBs will be when Gase narrows down the rotation to two? Also which one do you think will likely emerge as the lead guy? Thank you!

I think Ajayi will be the lead back for now, but I wouldn’t be surprised if he’s quickly overtaken by Kenyan Drake. I think Ajayi right now is more suited for the heavy lifting, as he’s done it before carrying a huge load at Boise St., while Kenyan, unfortunately oft injured, and also behind Derrick Henry, kept missing his chance. If Drake can stay healthy, he’d be ideal for offense, because although Ajayi caught a fair amount of passes his senior year (50), I think Drake looks more suited to catch the ball out of the backfield, and I think that’s important to Gase. Regardless, as you can see, I think the 2 guys going forward will be Ajayi and Drake. I think Foster is more of an insurance policy, at least I hope he is. I want to see our own guys brought along, Foster is done.

Q – Yo Mike E: what/who do you see as the result of the “ Feed the RB’s “ approach that Gase spoke of moving to in lieu of the Rb by Committee..

Who finishes the year with most carries and yards.. Do you see it still being 4 guys utilized equally ? or will a star arise..

Ha! Seems to be the popular topic! Like I said to Tim, I think Ajayi will be shouldering the load initially, but I think the more carries Kenyan Drake gets, he’s going to make it so you won’t want to take him off the field. Although RB wasn’t a huge need in the 3rd RD, and one could easily argue that we needed a LB, I think Drake is going to make us forget that, and for once, taking a RB early will pay off. I think Drake is talented, and he could be like a Chris Johnson for us. I know he’s not quite as fast Chris Johnson, but I he’s fast enough, and I think he will put his receiving skills on show for us this season too, and he will prove his worth.

It’s time to look at the future, and Arian Foster is a lot more the past than the future. He still has value, and gives us some depth, but I want to see Ajayi and Drake get lots of touches now, and if he really likes Damien Williams that much, maybe we cut Foster and let him hook up somewhere else, or just hold on to him, and break in case of emergency. That’s fine with me. 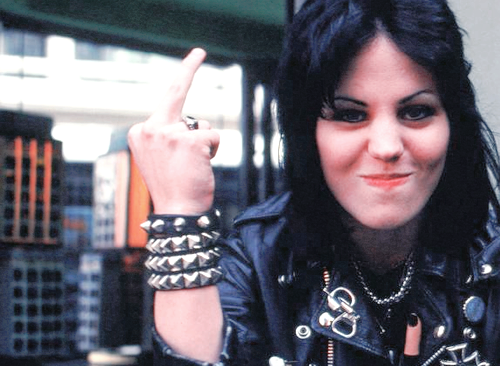 Oh, and FUCK YOU if you don’t like me as BOTW!