Last week I took a look at the 3 crucial positions we need to address either through Free Agency, or via the NFL Draft. This week I’ll take a look at the rest. Although none of these positions, or the players that play them are as needy for our team as LB, DE and OL, we may still pick up a few players at some other positions, so let’s take a look at them.

The first position I’m going to look at is CB. Right now, we have veteran Byron Maxwell, along with a collection of young players like 2016 rookie Xavien Howard, Tony Lippett (2nd YR), Bobby McCain (2nd YR), CB/S Jordan Lucas (R) and Lafayette Pitts (R). In other words, it gets real thin once you get past McCain, so we may be looking to add better depth, or possibly challenge the top 3 guys. 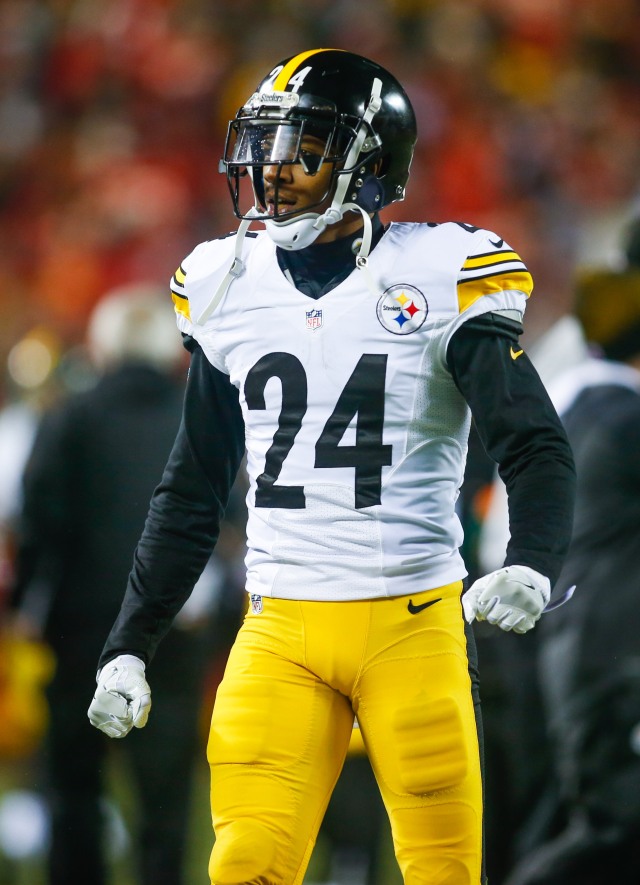 Gilbert was the 8th pick overall in the 2014 NFL Draft. He languished in Cleveland, and was eventually traded to the Pittsburgh Steelers last season. Gilbert didn’t start a game for the Steelers, and appeared in 12, and he was just cut 2 days ago. Gilbert is a very good athlete who did well at the combine, running a 4.37 40, and putting up 20 reps, with long arms (33 1/8”). So what’s up with Gilbert? First of all, he was overdrafted. He has the size, and athletic ability, but even at Oklahoma St., he wasn’t a standout CB.

Why he fits – Gilbert is also a KR/PR. He would have value as a player who can also play ST’s. Good athlete with the size we’re looking for. Salary may be at a place that makes signing him worth a shot.

Why he doesn’t fit – Gilbert has yet to show he can play CB in the pros, and that’s already for 2 teams in his very young career. He may not be cut out for the NFL. 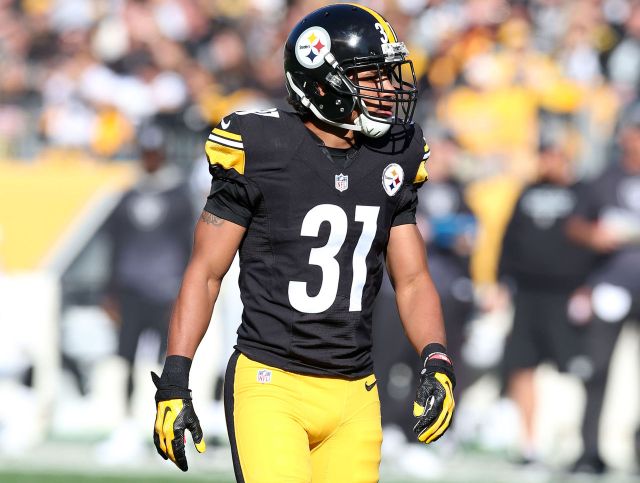 Why he fits – Cockrell is the opposite of Gilbert. Maybe not the fastest guy, and drafted in the 4th RD, he has had a pretty good career, and has proven he’s a capable player, starting all 16 games last season. Would be a good player to challenge our young guys, and would give us some more depth. 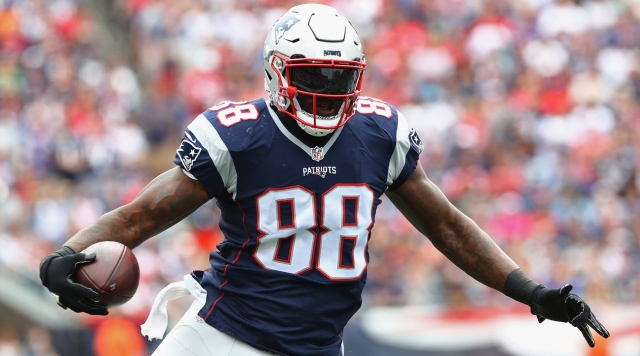 Bennett was signed by NE last season to be the complement to Rob Gronkowski, but Gronk again was injured, leaving Bennett to start 12 of the 16 games he played in. While Bennett isn’t Gronk, he had a nice season for the Patriots, catching 55 passes for 710 yards, and 7 TD’s. Bennett will be 30 before the ’17 season begins.

Why he fits – Coach Gase knows Bennett well from Chicago, and while Bennett didn’t enjoy the success he had in New England with Chicago, there is familiarity. Not a real blocking TE, he’s a pretty decent receiver who can be a seam threat. 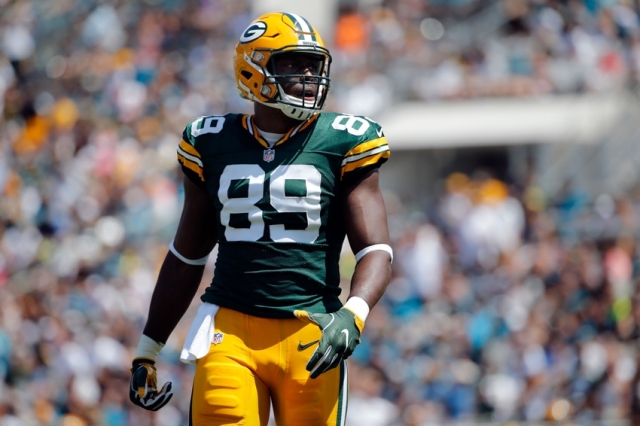 Cook has played for 3 NFL teams, most recently for the Packers. Cook has always been a good receiving TE, and is usually used split out, rather than as an in-line TE. Last season, Cook hauled in 30 passes for 377 yards, and 1 TD.

Why he fits – Cook is an experienced TE, who understands the game. He’s an accomplished receiver, who can find the soft spots, and knows to work back to the QB when it’s necessary. He shouldn’t be getting nearly as much as Bennett, somewhere between $3-4M

Right now, we have Reshad Jones, Isa Abdul-Quddus and Walt Aikens. Michael Thomas and Baccari Rambo are both FA’s. Aikens who is a CB/S tweener much like Jordan Lucas, I’m not sure either one of these guys will ever find a position. I’d like to bring in a bigger safety, take some of the pressure off of Reshad Jones. 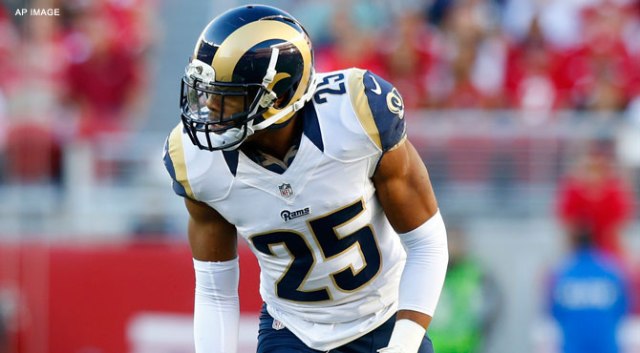 McDonald was a 3rd RD pick in the 2013 NFL Draft, and is a 4 YR starter for the Rams. Last season, McDonald finished up with 62 tackles, (49 solo), 2 INT’s, and 1 sack. McDonald has been a steady presence for the Rams, a defender who can be counted on to make the tackle. Not a real ball hawk, McDonald is good in coverage.

Why he fits – McDonald would be a complement to Reshad, and take the pressure off Jones to play up in the box and get dirty. It would allow Jones to run free and play more coverage. He has the right size to match up with TE’s and bigger receivers. 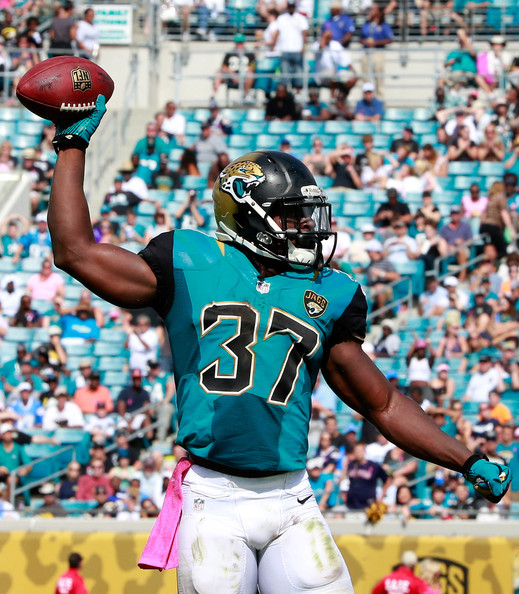 Cyprien was a 2nd RD pick by the Jacksonville Jaguars in the 2013 NFL Draft. Cyprien has been a starter since his rookie season, and has started and played in 60 games. Cyprien is a physical player, and a tackling machine. Last season Cyprien finished the season with 126 tackles (96 solo), 1 FF, 1 FR, and 1 sack.

Why he fits – Our tackling issues are well chronicled, and although it’s not best to have your safety making all the tackles, at least someone is getting it done. Has been healthy his entire career, still young at 26. Much like McDonald, he would free up Reshad to play more centerfield.

Obviously we have a lot of money tied up at DT with Ndamukong Suh, but besides Suh, we’re actually doing OK. Earl Mitchell is the next highest earner, and his cap hit is less than $5M ($4.5M). We have Jordan Phillips (3rd YR) returning, along with somewhat promising Julius Warmsley. Mitchell missed 7 games last season, playing in 9, starting 5. We could use another guy who could fill in, so let’s take a look at who I think can help us. 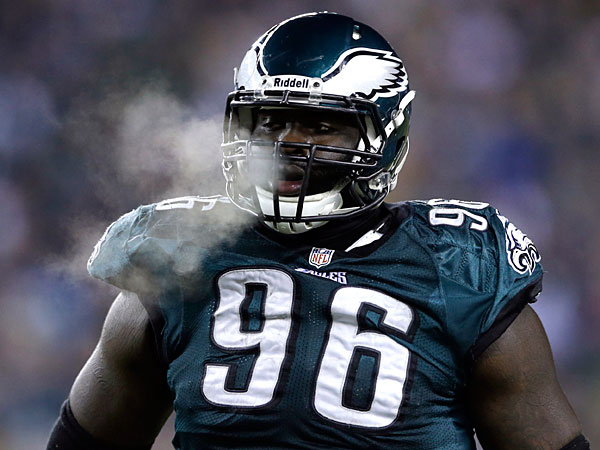 Why he fits – Logan can be a part of the D-line rotation, and can step in and start if there’s an injury, much like Earl Mitchell can right now. If they decided to cut Earl Mitchell, and replace him with Logan, Mitchell’s dead cap hit is only $500K. 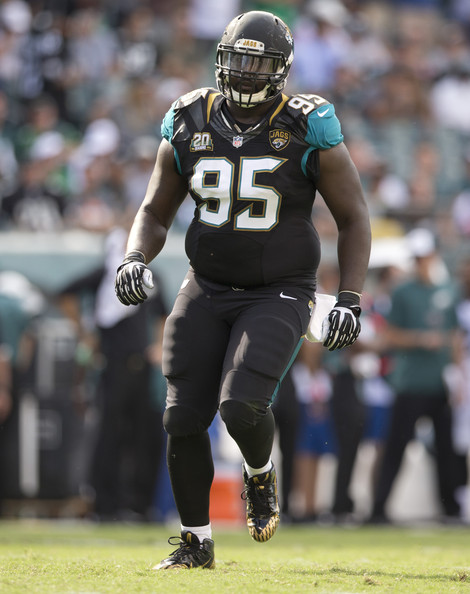 Jones was signed by the Jags as undrafted free agent in 2013. After playing in only 8 games his rookie season, Jones has played in almost every game the next 3 seasons. Last season, Jones played in 15 games, starting 9 of them. He totaled 32 tackles (26 solo) and 1 pass defensed. He does have 5.5 sacks in his career.

Why he fits – He would fit nicely as a rotational player on the line. He won’t be commanding a huge salary, and he’s very young, he will still be 25 at the start of the season. He has enough playing experience to be a productive player.

I think we’re set at QB, RB, and WR. I don’t expect us to be looking at any players at those positions. Like I mentioned in last week’s article, the 3 positions of most need where we may address our roster was OL, LB and DE. I think following those by a pretty good distance would be CB, S and DT. All this will be determined of course by Mike Tannenbaum, Chris Grier, and Adam Gase, our Vice President of Football Operations, General Manager and Head Coach respectively. I think most of the spending will be there, but we’ll see soon enough!

Feb 6th is the day when waivers start. Players with less than 4 years of NFL service can be waived and picked up by other teams. Any player with more than 4 years that is cut becomes a free agent. March 7th is the day when “legal tampering” begins, teams can begin negotiating terms for contracts at that time.

March 9th is the big day, by 4PM teams must decide whether to exercise any 2017 options on contracts with that clause. At 4PM, FREE AGENCY BEGINS!

188 Responses to A Look at Free Agency Part II