Really the first couple of days are orientation, medial exams and measurements but by Thursday March 2, 2017 the OL, RBs and special teamers will begin their fist set of drills.

Here are some players worth watching at the combine.  All of them will kill your dreams:

Admit it Dolfans…you covet Reuben Foster.  He would be the perfect pick for us.  Pound for pound Foster is considered by many to be the best linebacker in the draft.  But he is unlikely to be around when the Dolphins pick.

So why should a Dolfan watch Foster at the combine?  Here’s why:  You are an idiot.  You need to see you dreams die.  The sooner the better.

When Foster demonstrates his notable athleticism at the combine, he will solidify his position as a top 10 pick.  Only then can enjoy the death of your dreams of acquiring the talented linebacker. 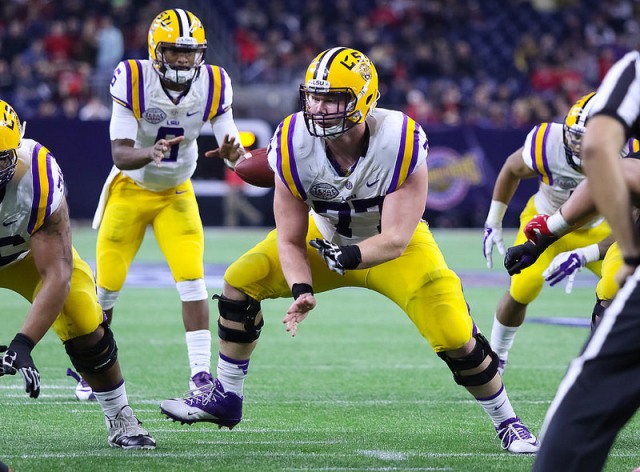 I’ve heard some mutterings on this blog about Pocic.  Think you are gonna get a shot at quality OL with experience at both center and guard?

At a minimum you will get a chance to watch talented players like Pocic, Pat Elfein, Dan Feeney and Forrest Lamb first as they will be the first to start recording their scores on the various events.

Here is the thing about Pocic:  He’s huge.  Like 6’6 to 6’7 huge.  And that’s what makes him such an interesting prospect to watch at the combine.  Rumor has it, some teams are looking at him as a Tackle.  He does not have a lot of experience at tackle.  But if his combine numbers stack up, he may be drafted to play tackle.  If that happens –  watch his draft stock shoot up and again, kill your dreams.

The Dolphins will not be drafting Pocic if another teams thinks he can be a starting tackle.

Yeah I don’t know what position he plays either.  But maybe, just maybe he is an ideal 4-3 OLB with outstanding coverage skills.  He might be positionless – but his athleticism is very real.  I expect to hear a lot of fawning over Peppers at the combine.  And when Mike Maycock fawns over a player there is lot of drool.  So it’s gross.

Early in the college season Peppers was one of the top 5 players in college football.  But that ambiguity about his position has caused him to appear to be slipping maybe into the 2nd round.

Will that last until the draft?  NO!  Peppers was built to dominate the combine.  So if you started to believe that Peppers will be available at #22, then your dreams are bound to die at the combine as he blows it up.

Yes I said Joe Mixon.  If you don’t know already, Mixon is a dirtbag.  Not only that but Mixon was not invited to the combine because of his involvement in being a dirtbag.  But you will feel like he is there.  Why?  Because life sucks – that is why.

See the RB position this year is top heavy with 3 very talented RBs:  Cook, Fournette and McCaffrey.  That trio is so strong we might see 3 first round running backs this year.  But when you get past those three players – then where do you go?   Its possible come April that the 4th running back to come off the board is Mixon.

And you will be reminded about his talents while he is not at the combine.  Mixon might be the fastest RB to come out this year.  I full expect a comment about what his score would have been if he was there.  When a dirtbag gets a  mention at the combine and increases his “draft stock” your dreams will die. 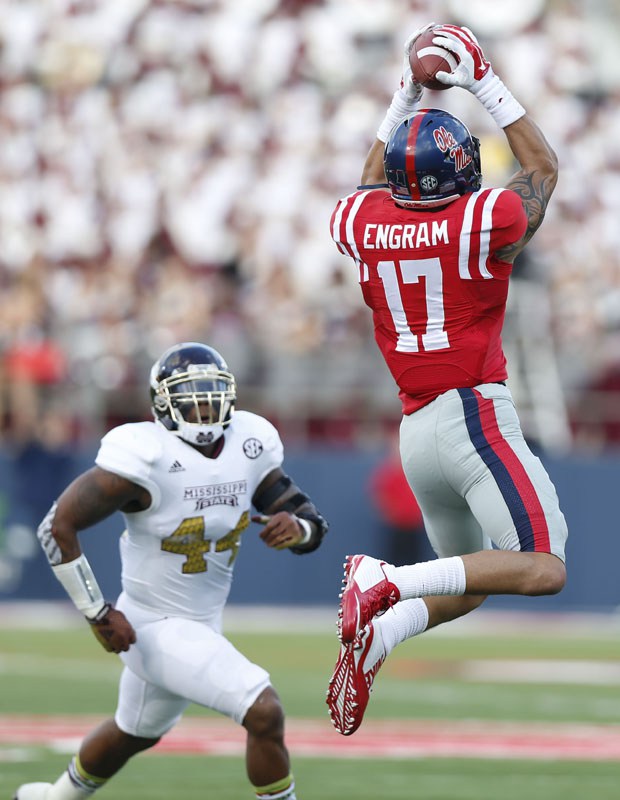 Now we are talking.  What an athlete Egram is!  Should be fun to watch him do catching drills.  Hey what’s his vertical?  Wow really – that high?!?!  This tight end class is something else.  There are so many great tight ends in this draft.  It is truly the year of the Tight End.  We have to draft one!

Oh…we just traded for a veteran…

Okay…I will try to stomach watching the talented tight ends in this class knowing we won’t be drafting one.   R.I.P. my dreams.

I will never forget the 2011 draft.  4 QBs in the first 12 picks.  “It’s a QB centric league!”  And a bunch of good players fell deeper and deeper in the draft.  That’s what we need if we want Reuben Foster.

Okay – now look at that picture above and tell me you trust a guy who sticks his tongue out when he throws to mislead NFL scouts about his talent.  This photo doesn’t say franchise QB, it says glue sniffer.

Your dreams will die.  The QB class this year is….not so good…

If you watched Youngstown State this year you could not miss Rivers.

What am I talking about?!?!  You didn’t watch Youngstown State this year.  In fact, you didn’t even know there was a Youngstown State until now.  Quick – No Google.  Where is Youngstown State?  If you said Youngstown, Ohio – great job.  But if you decided to sing the fight song of the…um…The Penguins…well just kill yourself now.

Rivers is a talented pass rusher.  That lanky 6-4 end from a small school kind of reminds me of Jason Taylor.  While Jason Taylor snuck up on NFL scouts, before he was a first ballot hall of famer.  Rivers won’t sneak up anyone.  He will put up impressive combine numbers, get compared to Taylor and before you know it – 2nd rounder!  Death to your dreams again

So there you have it.

I’m not trying to depress you.  I’m just saying life is meaningless.