You Earthlings do it – so do aliens like me

And I needed a new hairdo…

No I’m not vain

I just need something versatile for a galaxies

and what is a better example of versatility

What do you think of my new hairdo?  I love it!

Its the kind of do that you can wear when you man a high powered phaser cannon or when you are relaxing eating Xerbe Squids on your day off!

So who is Peppers you say?

Is he a Safety or a CB?  Is he a Linebacker?

Does he play defense or offense?  Is he a running back?

Does he play special teams?  Is he a kick returner or a punt returner?

Who is Jabrill Peppers???  Well as Gary Oldman once said:

Peppers can do it all.  And that is an asset that he brings to whichever team drafts him

While playing for the Michigan Wolverines Peppers was a star.

I’m out of breathe…

Consider Jabrill Peppers to be the Alpha Male of the 2017 Draft.  He may be the most talented player available in 2017.

Peppers showed off that talent at the combine in Indianapolis.

Peppers, who tested with the Linebackers and the Defensive Backs ran a blazing 4.46 in the 40 yard dash, recorded 19 bench presses, a 35.5 vertical jump and a 128 inch broad jump.

Among Linebackers Peppers a the top 40 yard time, the 4th best vertical jump and the longest broad jump

In the NFL, Peppers will probably be a Safety and Nickelback

well that is what this alien hears anyway…but who knows.

What is really interesting is whether Peppers will play special teams in the NFL making him a dual threat he certainly has the skill set to return kicks. 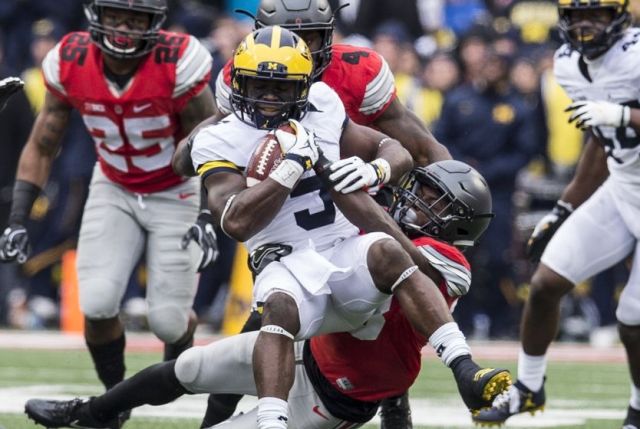 I like Peppers on defense.  I can just imagine a healthy Reshad Jones pairing up with the athletic Peppers.  No one will be able to get to the edge against the Dolphins defense!

Peppers isn’t afraid to hit ball carriers and in fact often knifes behind the line of scrimmage fluidly.  I imagine the Peppers Safety Blitz in the NFL will be spicy! 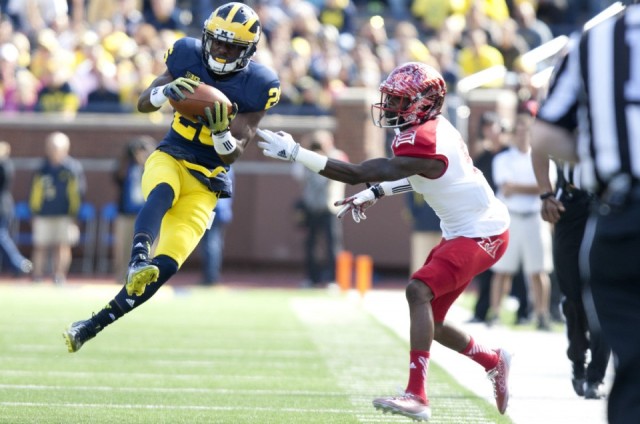 ….um you guessed it