This is the last look at defensive players for this draft after covering the DT’s, LB’s and Safeties.  I skipped DE since we’re heavily stocked there.  Every team needs a lot of good CB’s, and we may already have some, but there are definitely question marks.  X really came on strong at the end of the season, but is that the real Xavien Howard, or is the X we saw 3/4 of the season the real X?  Howard wasn’t the only CB to have an uneven season.  Rookie CB Cordrea Tankersley showed well at times, and struggled at times as expected.  The rookie 3rd RD pick was thrust into action after the Dolphins let go of Byron Maxwell.  Tank started 11 games last season, had no INT’s, and had 7 passes defensed.  Not known for his tackling, I thought he did well at times tackling, better than expected.  Sometimes maligned slot CB Bobby McCain was easily our best CB last year. McCain was played in all 16 games, and was the most consistent DB we had in coverage.  Tony Lippett should be back from his achilles injury which occurred last August, but I don’t know his recovery is going, and if he will indeed be ready.  In other words, CB should likely be one of our picks in this coming draft.  Let’s see what’s out there . . .

A little undersized for what we’re usually looking for, Ward is nonetheless the best cover corner in this draft.  He projects well at nickle, and we have Bobby McCain.  He can definitely play outside as well, but would we change our prototype and take a smaller CB?  The basic rule is you don’t go against your prototype parameters, because then all of a sudden, you have a team full of odd matching pieces.  On the other hand, in today’s NFL, teams trot out 4 and 5 WR formations so often, you just have to be 6 or 7 deep with with talented CB’s.  Ward has great speed, running a 4.32 in addition to a 39″ vertical and a 139″ broad jump, and 16 reps.  This kid is a thoroughbred athlete, and while his stats at Ohio State don’t reflect just how good he is, he’s the top rated corner in this draft at 6.31.  If we ere take Ward, it would have to be at #11, if he’s even still there, and it’s very possible he’s already gone. 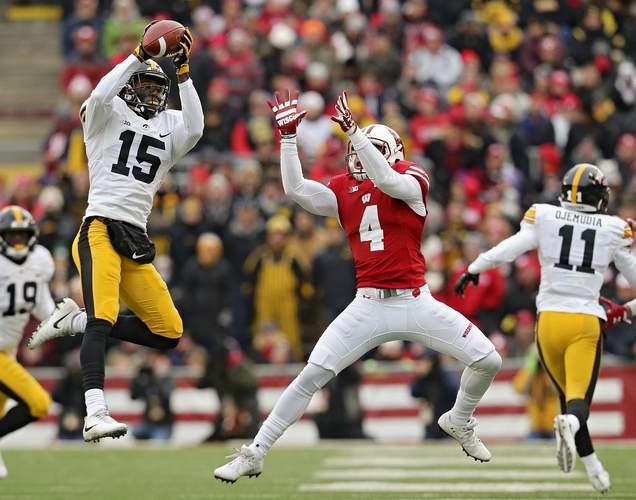 All hail the Ballhawk!  Jackson had a terrific Junior year to end his college career and put him in excellent standing for the NFL Draft.  Jackson started 13 games, and finished with an outstanding 8 INT’s, (2 for TD’s), 48 tackles (34 solo), 1 FF, and an amazing 18 passes defensed.  You could easily make the argument that Jackson is the best cover corner, but I think Ward gets the nod for his potential in the pros, and his edge in speed and athleticism.  Jackson ran a pedestrian 4.56 at the combine, but his 4.03 20 yard shuttle shows good short area burst.  Jackson will probably be a 1st RD pick, somewhere in last 1/3 of the 1st RD, but it’s possible he slips to the early 2nd RD.  Either way, he’s almost certainly not going to be available to us unless we take him at #11, and I don’t see that happening.  NFL.com has Jackson rated at 6.0 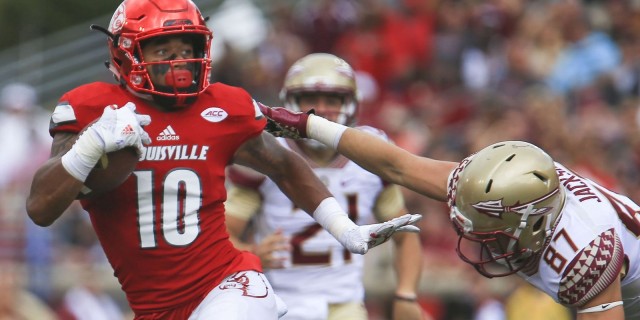 Jaire Alexander had somewhat of a cursed Junior season at Louisville.  he sprained his knee in the season opener, and then came back 4 games later and aggravated the knee again.  Then he broke his hand at the end of October, which kept him out even more of the season.  It’s a shame, because Alexander had a fine Sophomore season starting all 13 games and totaling 39 tackles (31 solo), 5 INT’s, 1 FF, 1 FR and 9 passes defensed.  Alexander has excellent cat like quickness as well as good deep speed, running a 4.38 40 with a super quick 3.98 20 YD shuttle. I’m sure scouts would have liked to seen Alexander build on his fine Junior season, but regardless, Alexander is still a possible 1st RD or 2nd RD pick.  Alexander is rated at 5.99 on NFL.com 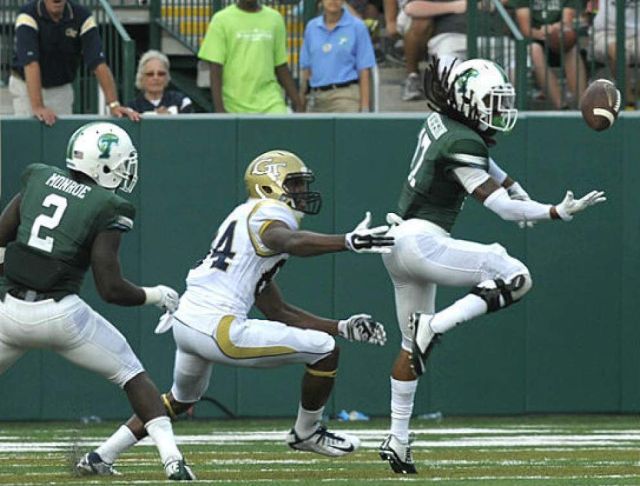 I wanted to look at some mid RD prospects as well, and Parry Nickerson falls right into that spot.  Long, but thin, Nickerson is another ballhawk at CB.  Very fast running a 4.32 at the combine, Nickerson was very productive at Tulane.  He finished his 4 year career with an impressive 16 INT’s, Despite his thin frame Nickerson still managed 15 reps at the combine.  A very instinctive CB, also very capable of playing press, he has excellent recovery speed as well as long deep speed.  Always around the ball, I think he’d be a fine mid RD pick for our team.  Nickerson is rated at 5.69 and is expected to be a 3rd or 4th RD pick.

Mike Hughes is an interesting prospect, and I’m sure our own draft analyst from FLA Sonny could give us more insight into this player.  Not much college ball experience from which to glean information, Hughes has some serious upside.  Despite his somewhat smaller size, he’s an extremely tough customer who has the ability to compete on the outside with bigger receivers. Hughes only has 2 years of playing experience, starting every contest his Junior year at UCF.  While he doesn’t have deep speed, he’s a powerful press corner, who is excellent at tracking the football.  His Junior year, Hughes totaled 49 tackles (37 solo), 4 INT’s (1 for a TD), 1 FF and 11 passes defensed.  Hughes is rated at 5.93 and at least by Zierlein, expected to be a 1st RD pick.  He’s much more about potential than actual production, so I see him as a 2nd RD pick, but we’ll see in a couple of weeks.

I’m sure I missed a bunch of prospects that you guys like so let me hear about them,  and I’m curious to hear from Son on Mike Hughes.  I wanted to include a late RD pick, like Tarvarus McFadden and Brandon Facyson, but since I only do 5, I just couldn’t fit them in.