The Porcine Oddyssey #101: 5 People You are Bound to Meet While Watching the Super Bowl

Ahhh, the Super Bowl is here…and guess what that means…

It means you get to watch the sport you love, with people that know nothing about it!

Here’s what I am talking about:

ONE: “The Commercials Are the Best Part”

I’ll start off with one of my pet peeves that is always said at every super Bowl party I have ever attended.  “The commercials are the best part”.  I hate when people say that.

Okay, I get it, you don’t like football…and they pour a ton of money into those commercials.  And some times they are quite memorable.

Coincidentally, this is the same person who can’t wait until the halftime show.

This one is not an annual event.  But I know its coming this year.  And I’m gonna want to punch some one.

Okay, I’m a Cam Newton fan.  I love that he is finally getting some praise that was long overdue.  And I enjoy the racial implications that people are discussing even though its a hot button issue.

But all week I’ve heard the talking heads say this line – “They should just let Cam play”.  “Its great to see some one having fun right?” “I don’t know why people criticize him all the time.”

Do you know who was criticizing him?  THE SAME FUCKING PEOPLE! 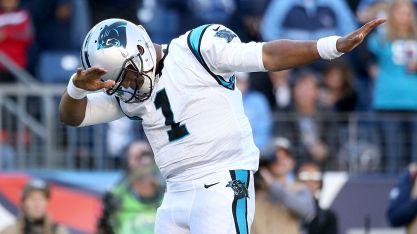 This is a artificial controversy created by the media.  Cam Newton dabbing was only a big deal to talking heads on ESPN.  And the counterpoint is that we should just let him play

But only psychopaths have arguments with themselves.

Except for ESPN, they are fine with it as long as it is spaced apart so you don’t remember it.

And if you find yourself repeating this line on Super Bowl Sunday, you are not a enlightened fan.  You are a sucker for believing there was ever a controversy.

THREE: The girl who insists you teach her about football NOW!

Oh look some one brought their girlfriend who doesn’t know a thing about football.  In fact she thinks she can learn about the entire game RIGHT NOW

She might ask what color the Florida Panthers are wearing?

She might think that the Super Bowl occurs every four years.

FOUR:  “Have some of the dip I brought”

Food and Football are a good match.  So are football and beer – but none of the amateurs brew their own beer before the game.

Food is a different story.  Som

e one is going to try to make a dip on Super Bowl Sunday.  And there will be no less than 3 digits worth of ingredients in that dip.

WHAT THE FUCK IS IN THAT DIP?

How are you going to get through it.  Here is a recipe for bad dip tolerance.  Lick your bathroom floor and try not to make a bad taste face.  Now you are ready to do the same when you try the dip…

Hah Hah!  This one is just funny!

392 Responses to The Porcine Oddyssey #101: 5 People You are Bound to Meet While Watching the Super Bowl