This team sucks.  And although Douglas, Turner and Thomas all were not good.  Why do we have to play 5 games to see them cut?  What can we do in week 6 to improve the OL?  I’m not getting the timing.

I think it’s an easy answer actually. First of all, it’s kind of unlikely that we had to go so far into our depth on the O-line. Our top 5 guys have never been on the field together this season (Albert, Tunsil, Pouncey, Bushrod and James) Our next 2 backups were basically Steen and Urbik, and Steen was also injured, so the last minute replacements had to step in when Tunsil slipped on the soap in the shower. So basically, we had a 3rd string OG playing LT (Billy Turner), 3rd string OG at LG (Dallas Thomas), a rusty Mike Pouncey in at C, and the usual starters on the right side, Bushrod and the struggling James. You have to admit, it was a strange set of circumstances with Albert out and for Tunsil to get injured right before the game. That set all kinds of bad things in motion.

I would have thought Thomas and Turner were serviceable as deep depth, and I’m sure Gase and the coaches thought so too. Most of their evaluation was done in pre season, these guys don’t see a lot of snaps in practice, so it was basically what they did against other teams 2nd and 3rd stringers, and apparently, they did well enough against the lesser talent to be 3rd on the depth chart. I would think most teams would be in trouble if they had to start two 3rd stringers on the O-line against Tennessee’s talented defensive front. I don’t blame Gase for playing them, keeping them on the roster, and I think it’s great that after seeing how poorly they played, he instantly cut them. How many years did Philbin keep them? Gase cut them as soon as they proved unworthy of a roster spot. That’s the right way to do it. If you think about it, how many teams are going to do well with a 3rd string LT, a 3rd string LG? My thought would be not many.

Q – So after a somewhat horrible start the Fins have 4 home games and a bye.
Tennessee has played tuff (Kicked the shit out of us)
Pittsburgh will feast on our secondary
Bills will be tough us as usual
The Stej are like looking into a mirror (yes that is pathetic!)

I have to admit Wyo, I don’t know what to expect from this team anymore. I just don’t know if this team can get it right. This game against the Steelers, who I believe may be one of 2 teams in the AFC that have a legit shot of being in the Super Bowl this year (Patriots are the other), we have no business being on the field with the Steelers. For some reason, this is the type of game we might win, because it’s silly! The Steelers lost one of their very talented receivers to suspension (Martavis Bryant), but they have Le’veon Bell, Antonio Brown (possibly the NFL’s best WR), and now WR Sammie Coates seems to have emerged. They have a young wild west TE named Jesse James, who’s also showing to be a decent receiving TE.

My question will be in 2 parts.

1/ Can you recommend any really heavy medication to dull the pain?

2/ Our O has been turgid for so long it makes me hurl. Between our coaching staff being predictable and bailing on the run for another season, an O line which acts either as turnstiles or penalty generators, a gifted set of receivers who can’t separate (except for Juice) and our much-flawed QB, we have the biggest collection of drive-killers (if you are reading this OD, please capitalise drive-killers in your head) ever assembled on that side of the ball.

On the other side, we have a D designed to rush the passer that rarely gets there (coach decided Wake needs his mid-game naps to stay sharp?!?), a wide 9 attack which creates runway sized holes for opponents to run into and LBs and 2ndary which can’t tackle or take the ball away.

This is another, and arguably the biggest, clusterfuck yet in terms of failing to deliver what was promised – I still think we will get more than 1W this time around. My 2nd question …… when will all this end?

Thanks for any (real) hope you can provide

PS Thanks goodness for the always reliable UK Fin (cue the curse on Jay now)!

Hey UK, as a matter of fact, I can recommend something. Two things, actually.

Get a nice bottle of Jameson Irish Whiskey

Recently, I’ve been coming home as grumpy as a Dolphins fan, from work, and I’ve sat down, opened the bottle of Jameson, and taken a couple a shots, I’m not a sipper myself. Takes a few minutes, but I can feel the anger and frustration melting out of my body, and then I just feel mellow, chill, and ready to take on the world again.

Like most Dolphins fans, I watch, and I feel like I’m watching the same team we’ve watched for the last few years, except now, our defense is even worse than the big time chokers they were, now they suck from the get-go, sparing us the late game disappointment when they just have to make a hold. The offense, now filled with young, talented WR can’t do anything. Parker not looking like the stud we thought we had, although it’s possible it’s the Tannehill effect.

Speaking of the Tannehill effect. Think about his success, or at least what looked like a promising start in his first through third years. In 2012, Tannehill had Brian Hartline as his leading receiver, Davone Bess second, and Anthony Fasano third. But, and this is huge, 1802 yards rushing from Reggie Bush, DTinfinity, Lamar Miller, and RT himself. In 2013, it was Mike Wallace and Brian Hartline, and the rushing fell to under 1500 yards, 1440, which included 238 for RT himself. Year 3, 2014, we went back up in rushing, exceeding the 1800 we got in ’13, up to 1872, and Tannehill had 311 of those yards. In 2014, back down under 1500, just barely, at 196, and Tannehill had 141 yards. Last year was Juice all the time with a smattering of Rishard Matthews, Jordan Cameron, Kenny Stills, Devante Parker, but mostly Juice with 110 receptions, the other 255 distributed among the receivers I mentioned and the RB’s.

This year after 5 games, we have 362 yards rushing. If you extrapolate that over a full season, we’re looking at a low of 1158 yards. Tannehill this, Tannehill that! Yes, he’s not the best QB in the NFL, maybe he’s at best right now in the lower middle. So WHY, WHY do we put it all on #17’s back week after week, with a leaky O-line as per usghe, and expect anything good to come of it? WHY?????

We simply need to run the football. We have 2 young backs who would love a nice workload, and we should give it to them.  Heck, we have an old RB that would love to get a lot of carries, and revive his career, and show the NFL he can still play.  Play the game like teams who don’t ask their QB to win games. The Denver Broncos are one team like that, and the Houston Texans are another. Both teams have over 500 yards rushing at this point, and neither team relies heavily on their QB’s, Trevor Siemian for Denver and Brock Osweiler for Houston. Both teams have better defenses than we do, but if we ran the ball, and granted, you have to run effectively.  I think if you make a commitment to run, odds are you will have success. If we can start running the ball 25-30 times a game, I think the defense will be better, and I think Ryan Tannehill will be better too. Ryan Tannehill won’t be Aaron Rodgers, and our defense won’t be Denver’s defense either , but the team would likely be more effective with that approach.

As to when this spiraling shit-show ends, I hope soon, because as each week goes by, I’m starting to look for alternatives on Sunday, and honestly, if it weren’t for FF, I’d probably ditch football altogether in the near future. Time for Gase to get his shit together, and actually devise a game plan that gives us a chance to win. He’s benched a lot of players, cut a bunch more, but meanwhile, he hasn’t shown he’s a better coach than the guy on the opposite sideline yet. Not once, the win against Cleveland included. Time for that to change!
____________________________________________________ 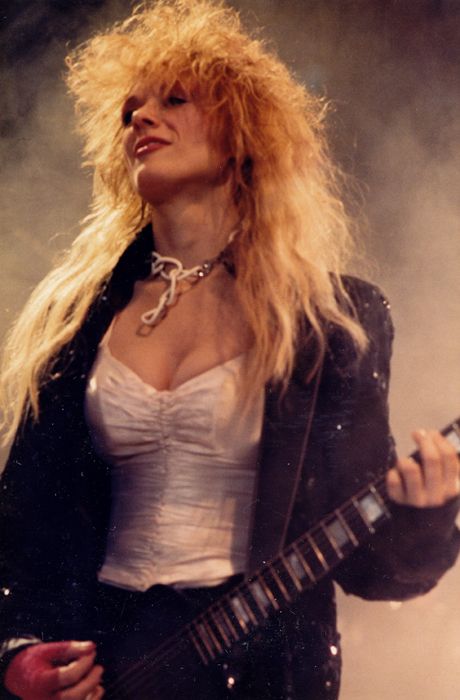