Humans look at me and all they see is the alien technology and the ability to destroy entire galaxies.  Sure I am a successful intergalactic agent and I’ve killed millions of lie forms.  But I covet the really simple things too. 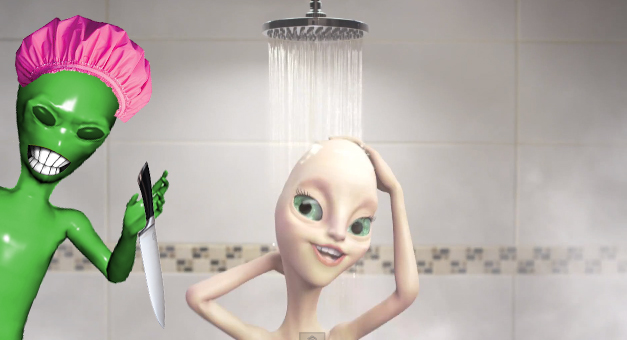 Maniacs do it the simple way – They are scrappy!  Just like the LSU running back Derrius Guice. 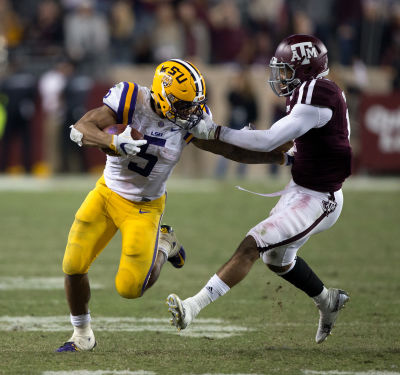 The Positives:  I have to admit, I fall in love with a prospect every season and this year – Guice is that guy.  This is hands down my favorite player in the 2018 draft.  Guice has it all: speed, power and more specifically determination.  Guice is a determined runner.

Actually Guice runs like a freaking maniac! Fighting for extra yards is a bit of a cliche when describing prospects.  So I will be a little more colorful, Guice doesn’t just fight, he runs like a John Wick fight scene. 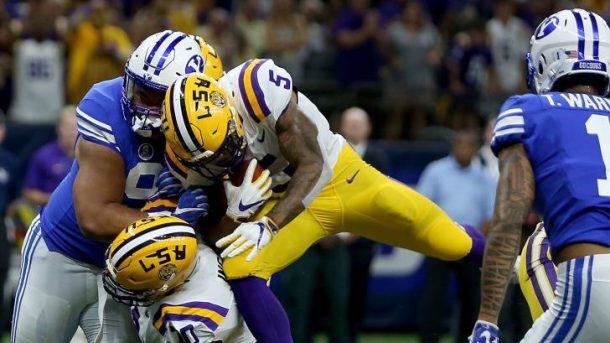 At 5-11, 218 pounds, he is not the biggest back in this draft but he might be one of the most physical.  But its not just about his fight, Guiice has breakaway speed too.

However, what really jumps out on film (besides his scrappiness) is his balance.  Guice makes cuts with ease barely losing stride and that helps medium runs turn into to big runs. 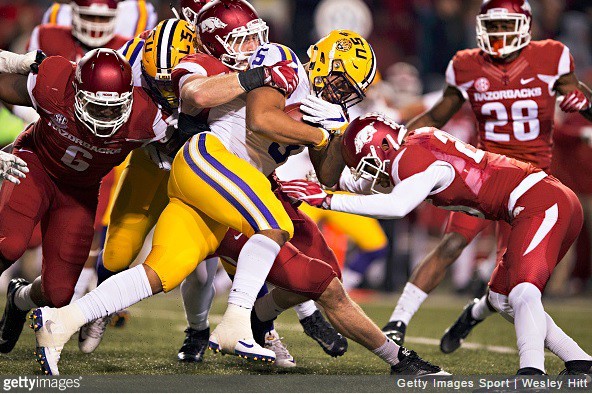 Hah Hah, just kidding.  I really like this back but everyone has flaws I guess.  Guice may be too aggressive at times – he’s not a patient runner.  But to that end he hits the holes fast and accelerates quickly.

The Alien Dust:  He’s got a very sad story.  His father was murdered when he was 5 years old and grew up in a pretty tough part of Baton Rouge.  Guice tells people that he has something to prove to everyone.

I really think that attitude shows in his running style.  Guice has the kind of attitude we need to bring into Miami.  He reminds me of the qualities in Landry and Ajayi that propelled us to the postseason in 2016

I also think his name lends itself to some pretty good nicknames:  Miami Guice; or if we re-sign Landry we can call the duo Guice and Juice.

The Alien Weapon of Destruction that best compares to Guice is simple, nothing to fancy but VERY LETHAL.  Its the Maniac’s Chef Knife! 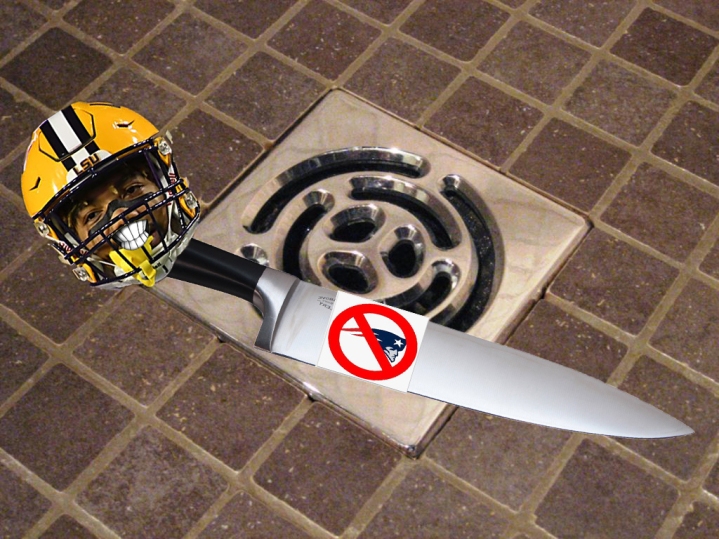