Look at that mismatch!  That powerful Zork can’t be stopped which is why I released him on that unsuspecting village

You think the Zork is a just a big two handed monster, so you set up your planetary defenses to stop a big strong attack – and the Zork slips right through with unexpected speed.

If you try to set up your defense to stop that speed – the Zork overpowers you. 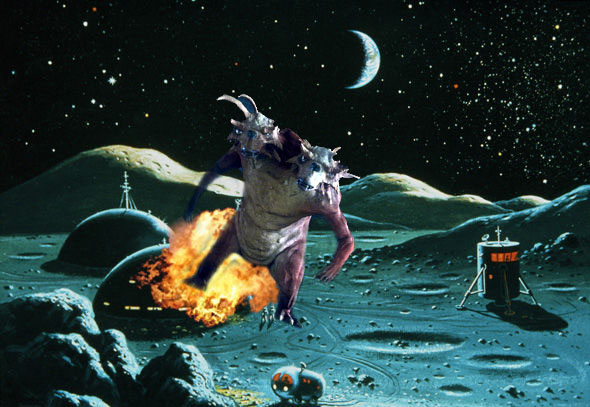 Just like some of the talented tight ends in the 2018 draft. 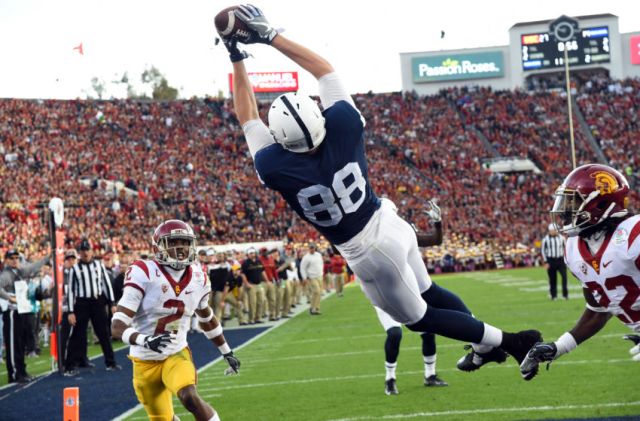 The Positives:  This is one athletic tight end!  First of all this guy can soar.  Want to have some fun – google “Mike Gesicki catch” and check out the images of this jumping sky high above defenders.

We’ve seen the NFL make good NFL players out of basketball players.  In this case, Gesicki is a volleyball player.  Every time he goes up for a catch, it looks like he is going to spike it.  But his 10 1/8 inch hands pull the ball in softly.

Oh and he’s fast.  Gesicki ran a 4.54 40 yard dash at the combine.  That speed had him light up opposing defenses that just could not find a way to stop him.  Over the last two years Gesicki had 105 catches, 1242 yards, and 15 touchdowns.

The Negatives:  This is not your classic tight end.  He’s not going to be much of an asset when it comes to run blocking.  Gesicki is certainly strong, he had 22 reps in the bench press at the combine which was second among tight ends – but I would not call his build prototypical tight end size.  Sure he is 6’5 but he has a bit of a lean lanky build.  He’s not that physical.  Think of Gesicki as more Jimmy Graham than Anthony Fasano. 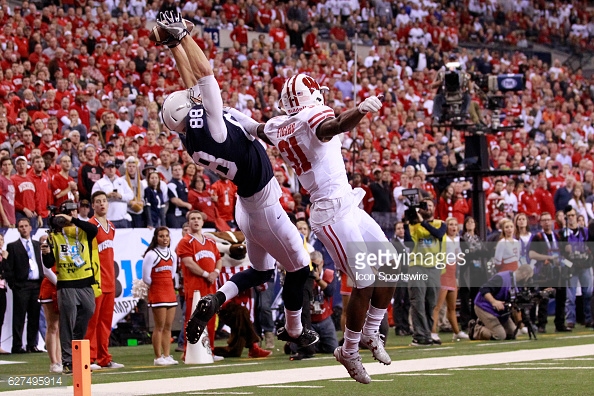 The Alien Dust:  I wonder if there was a player who helped himself more at the combine.  He wowed everyone.  It wasn’t just a fast 40 yard dash.  He was 1st among tight ends in every category except for bench press…where he fell to 2nd place…lol

This is a special athlete.  He may not be a huge asset in the blocking game – but this a guy who changes an offense.  I believe Gesicki will be a pro bowl receiver in the NFL.

His impressive combine might be enough to vault him into the 1st round.  But I think there is a good chance Gesicki is a 2nd or even a 3rd round pick.  If he lasts to the 4th round – consider every NFL scout a moron. 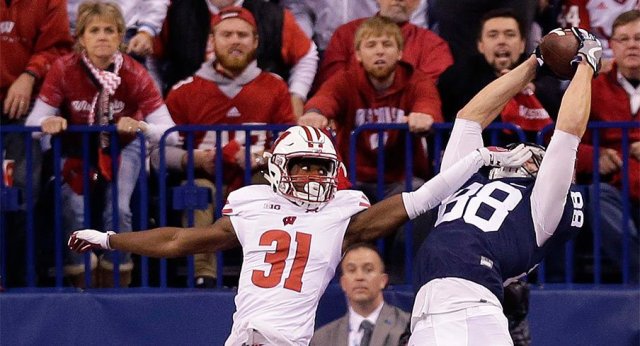 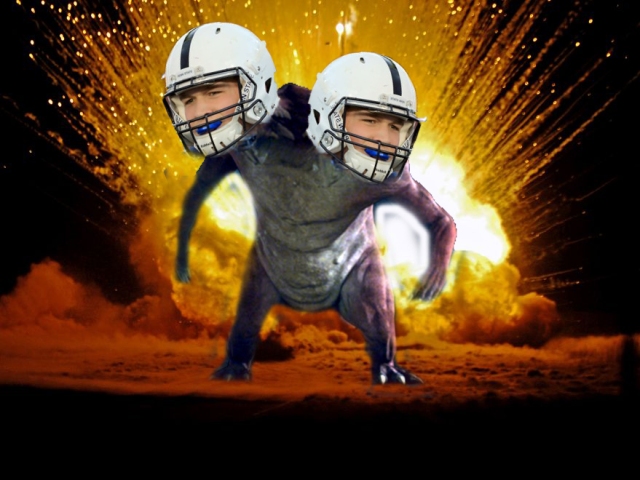 Check out his highlights here: