Q – I’m trying to narrow down our first pick #12. If we pick there, would it be safe to assume we go BPA, and that OL, DL, CB and WR are high probabilities? If I left anyone out, please add them – Dee Milliner, Eric Fisher, Cordarrelle Patterson, Keenan Allen, Ezekiel Ansah, Barkevious Mingo, Johnthan Banks, Dion Jordan.

You listed half the prospects in the draft, and you want me to add to this??? JBB. One never knows who Jeff Ireland might be looking at, but I would say there are a couple of guys, of course keeping in mind that there are some top 12 guys that may fall to us. I’ll leave them out because we all know who those guys are.

OT Lane Johnson/ Oklahoma – Johnson is a very good T prospect. Started out as a QB, switched to TE, then to DE, and then ultimately to OT. He has very quick feet at 6’6” 302, and is freakishly expected to run a 4.8 40 at that size. Running a fast 40 is not in any way an important measure for an OT, but just shows how quick this kid is. Problem with Johnson is he’s still learning the position, and is probably not going to wow anyone with his strength, and we already have a guy like that in Jon Martin. Still, this kid may have tremendous upside at a premium position.

S Kenny Vaccaro/ Texas – Vaccaro is a hard hitting safety, that has a nose for making plays. Vaccaro had 92 tackles in ’12, along with 4.5 TFL, 5 PD, 2 INT’s and 2 FF’s. He’s expected to rn about a 4.5, which is definitely good for a S. Pairing him with Reshad Jones could prove a very solid tandem.

Q  – What player currently on our roster, excluding QB, has the most trade value, and what do you think that value is?

I would have to say it would be a tie between Mike Pouncey and Cam Wake.

Mike Pouncey – I think he has proven to be in the top 5 at his position after 2 years of starting. He has started every game in the last 2 seasons, (32 games), and has played at a Pro Bowl caliber level. I believe we could get a 1st RD pick for Pouncey, because of how well he has played, and the bloodlines of his family, more specifically, his brother Maurkice Pouncey with the Steelers. He’s also young at 23 years old, and has a long career ahead of him.

Cam Wake – Wake has been a beast of a pass rusher, but has also been much better in the last 2 years at stopping the run. He is a relentless player, and if we had a real threat opposite him, his numbers could be even better. Wake had 53 tackles, 15 sacks, and 3 forced fumbles, in 2012. Over the last 4 years, Wake has 43 sacks, and is considered top 5 at his position. What keeps Wake’s value down is his age. I think we could get a 1st RD pick for Wake as well, but he’s 31. If he was 25, we could get two 1st RD picks for him.

Authors Plea – In order for this forum to work well, it needs participation. If everyone sent in just one question a week, I’d have enough for a few months. Ask anything, serious, silly, whatever. Sorry for the short week, but I only received 2 questions this week. If you would like to send me a question e-mail it to: NJ1Dolfan@yahoo.com.  Thank you! 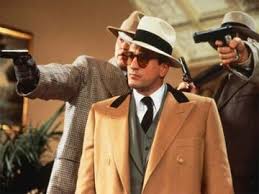 With free agency in the air with regards to who we should resign, who we should let go, and who we should pursue, I got to thinking. Who would I keep if I could only protect a few? This is not in any way an encouragement to completely rebuild but should be a necessary exercise in determining how we should go about upgrading. This I believe: Stephen Ross and Jeff Ireland must make a splash in free agency as well as in the draft. And with money to spend and draft picks available, there could be a larger than usual turnover.

So there you have it. Piggy has his 7 Samurai. I have my 7 Untouchables and find it telling that my long snapper and punter make the list. Some players such as Brian Hartline I would attempt to sign, but what this really says about our team is everyone is trade bait for the right price. The youth movement has arrived and I do see us gradually acquiring depth as well as developing the talent we have. I do not expect Ireland to overspend in FA as he is quite frugal with his grocery money.

I realize it’s a daily debate with free agent wants and needs and many on my list are not up for contract talks, but who do you keep, and who is a big name you would let walk for the right bargain?