This is the last look at free agent offensive linemen.  We’ve already covered the tackles and the guards, and now it’s time to look at the centers.  This may be an exercise in futility, i get that, but there is always the possibility that we actually move on from C Mike Pouncey, whether it’s due to injury, salary, or a combination of both.  So many fans are freaking out because we’re over the cap by $19M, and Mike Pouncey counts $9M against the cap, but this year his dead cap hit is only $2M, so releasing Pouncey for financial reasons is feasible.  Can we replace him?  I’m here to take a look at whether we can.

Jensen started all 16 games last season for the Baltimore Ravens.  He was drafted by the ravens in the 6th RD of the 2013 draft.  He played some at LG and RG before finally becoming the Ravens center last season.  He didn’t participate at the combine, but just to compare since the combine is all the rage right now, at his Colorado pro day, Jensen ran a 5.28 40, an 8’2′ broad jump, 25 1/2″ vertical, and put up 30 reps of 225lbs.  Once again, I invoke the sentiment that if he can play for the Ravens, he can play for us.  Spotrac projects Jensen to be worth around $9M per, so we would have to make his 1st year contract a cap friendly one, which isn’t difficult when you’re doing a long term deal. 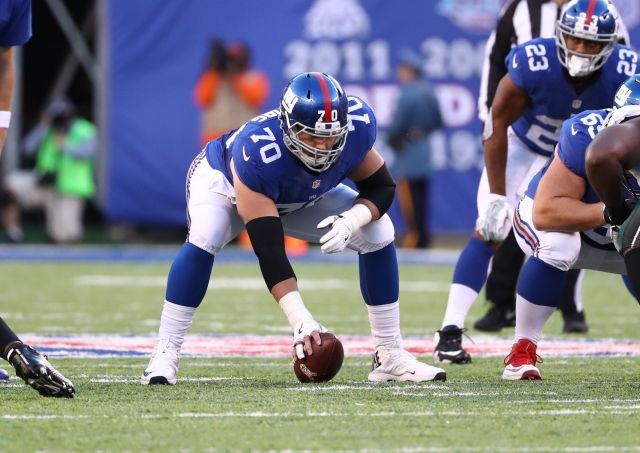 Weston Richburg was drafted in the 2nd RD by the Giants in the 2014 NFL draft.  He started 47 of 48 games his first 3 seasons with the Giants.  In 2017, Westburg suffered a concussion on Oct 1,  (Game 4) and his slow recovery forced the Giants to put him on IR, ending his season.  Richburg was a solid, if unspectacular starter for the Giants.  The fact that they IRed him in his money year showed they didn’t really have any intention of re-signing him.  He’s a young, average to above average NFL center.  Missing 12 games in his final year before FA will hurt him salary wise, but how much, I don’t know.

Now here’s a guy we should be interested in.  Only 25 years old, he has started every single game in his 4 years in the NFL with the Bengals.  His combine numbers were pretty impressive.  5.18 40, 42 reps of 225lbs, 29; vertical (both his bench press and vertical were tops).  Bodine is a powerful guy who moves people and plays with a mean streak.  He sounds like a perfect candidate here, but I have no idea what kind of salary he will be looking for. 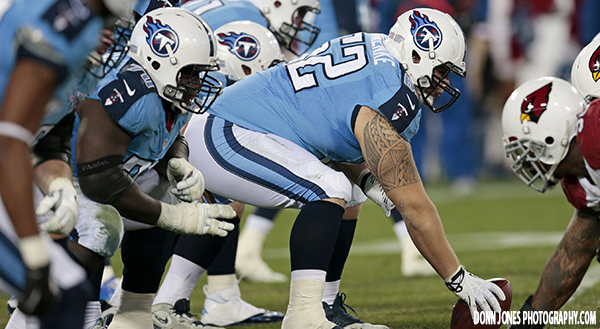 I remember watching Schwenke in the Senior Bowl back in 2013 and being impressed by the kid.  Stout powerful, with a chip on his shoulder, he did really in the drills, especially the mano a mano drills.  He was drafted in the 4th RD in ’13 by the Titans, but his career never really took off there, starting only 30 games over 5 years.  If you go by his combine numbers, he matches up pretty well, running a 4.99 40, putting up 31 reps, running a 7’31 cone drill, but all that hasn’t translated into NFL success.  He would be an inexpensive pickup, but to expect him to play up to even an injured 80% Mike Pouncey level of play would be unlikely.

So we want to replace one puff pastry with another?  Travis Swanson seems to me like Mike Pouncey light (very light!).  Just about the same size as Pouncey, Swanson is a finesse player, but was also a 2 time captain at Arkansas.  Swanson has 42 starts over 4 years for the Detroit Lions, last year starting and playing in only 11 games.  He was put on IR for the 2nd time in 2 years due to concussion issues.  It’s been heavily rumored we have interest in Swanson, but I don’t get it.  Didn’t we learn from Jordan Cameron?  Should we replace our C with gossamer hips for a C with scattered grey matter?  I’ll take a pass on that one, thank you! LOL – Is it me, or does Swanson even look like he’s trying to figure out what it is he’s doing on the field?

So this completes the O-line folks.  If you have any suggestions of guys I may have missed, feel free to mention them on the blog.